BJP leader Sandeep Kapoor died in Ludhiana, the first death due to swine flu in the district

His sudden death has shocked the family and party leaders. Sandeep has left behind his mother, wife, son and daughter. 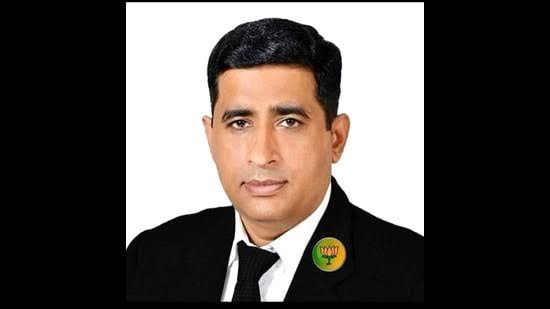 State Co-Convenor of BJP Legal Cell in Ludhiana, Punjab, Sandeep Kapoor died on Tuesday. According to family members, Sandeep Kapoor had fever 10 days ago. There was also an infection in the chest. He was admitted to the hospital. He had swine flu. He was undergoing treatment although later the report came negative, but on Tuesday, Sandeep died. Sandeep was 40 years old. At present, the first death is being reported in the district due to swine flu.

On Wednesday, Sandeep Kapoor's last rites were performed at the Civil Lines crematorium. Sandeep Kapoor was one of the brightest leaders of the party. Kapoor started his political career with ABVP. After this he was an active leader of RSS and then BJP. BJP made him the district president of Yuva Morcha.

Sandeep Kapoor had contested the councilor's election against former minister Bharat Bhushan Ashu. Although he had to face defeat. Kapoor was in politics as well as a lawyer. He used to practice in the district court.