Arvind Kejriwal, who reached Surat for campaigning in the Gujarat assembly elections on the new video of Tihar Jail's Satyendar Jain, said that BJP has given a guarantee inside Delhi that they will open video shops in every ward 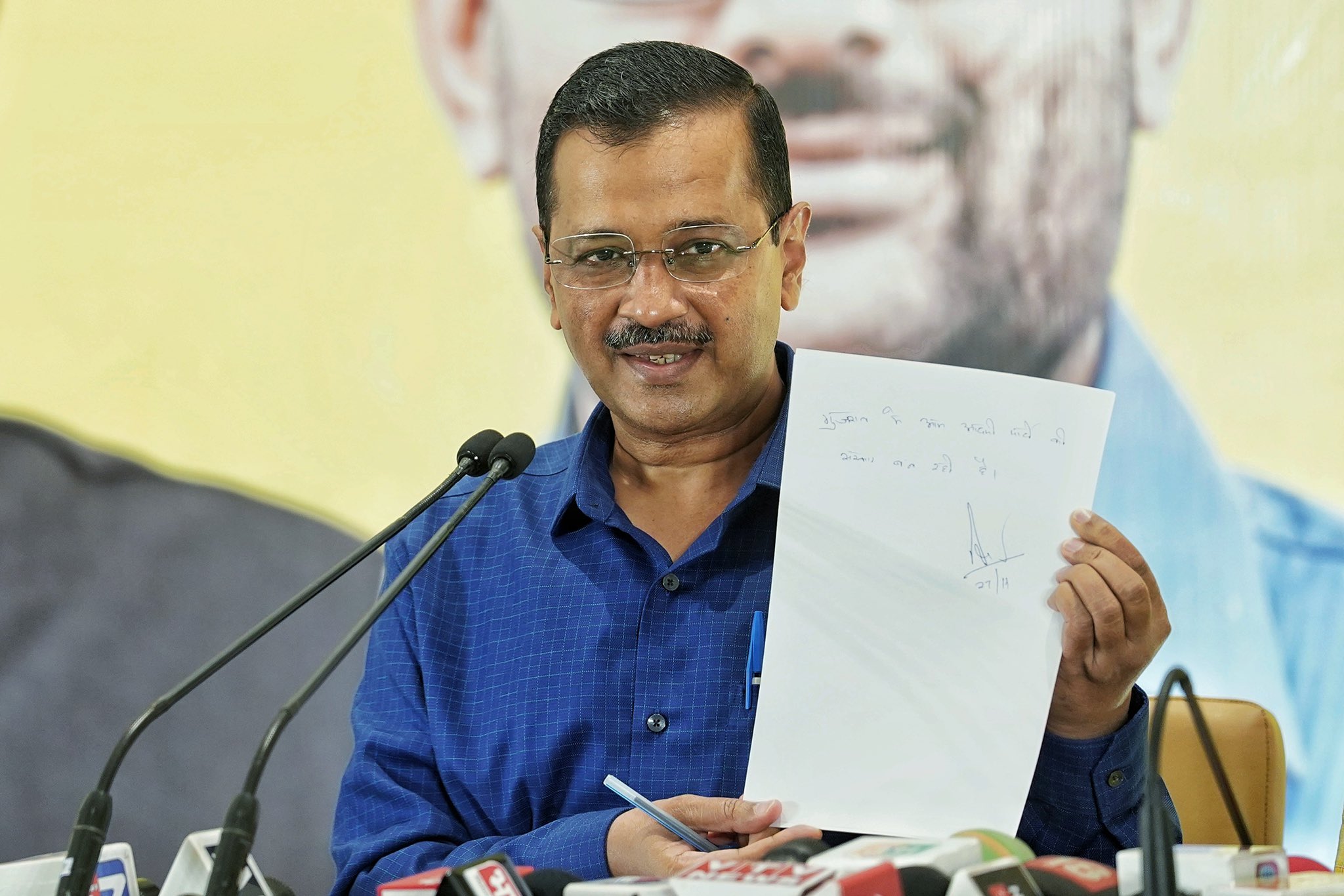 Arvind Kejriwal, who reached Surat for campaigning in the Gujarat assembly elections on the new video of Tihar Jail's Satyendar Jain, said that BJP has given a guarantee inside Delhi that they will open video shops in every ward. BJP has now become a video-making company. The people of Delhi will decide whether they want a company to make videos or a government to run well and make the future of their children.

After this, Arvind Kejriwal said on the Gujarat assembly elections that you should go out on the road. Ask the people, whom will they vote for? They either say BJP or Aam Aadmi Party. Talk to people who say BJP, then after 5 minutes of general conversation, that person says that my whole neighborhood is voting for AAP. I am also voting for AAP, but I am scared of BJP. Talk to as many people who vote for BJP as you see and you will get the same result.

Aam Aadmi Party convenor said that for the first time we are seeing a state in which a common man is afraid of saying whom I am voting for. The common man is scared. Can't find a Congress voter even after searching. BJP voters are going to vote for Aam Aadmi Party in large numbers. The whole of Gujarat is demanding change at this time.

Arvind Kejriwal said that many people are saying that my predictions in politics come true. I had predicted 0 seats for Congress in the Delhi elections. Done right Whatever I predicted about Punjab came true. Today I am going to make a prediction. The Aam Aadmi Party government is being formed in Gujarat. This is my prediction.

The Chief Minister of Delhi said that I want to assure all the government employees of Gujarat that if our government is formed, a notification will be issued to implement the old pension scheme by January 31. I'm not talking in the air. In Punjab, AAP has been notified to implement of the old pension scheme. I request all types of government employees that each and every vote in the postal ballot should go to the Aam Aadmi Party. Do whatever campaigning you can and ask people to vote for the Aam Aadmi Party. You form our government, we assure you that we will solve all your issues.