The verdict of Bengal has helped the regional forces like Samajwadi Party to regain confidence. But the tug of war in the BJP including Covid mismanagement in the state is likely to make the political pitch murkier for Yogi Adityanath. The state is heading for a tough political battle. The Samajwadi party is repositioning itself to make it a contest between Samajwadi party and the BJP which is most likely. 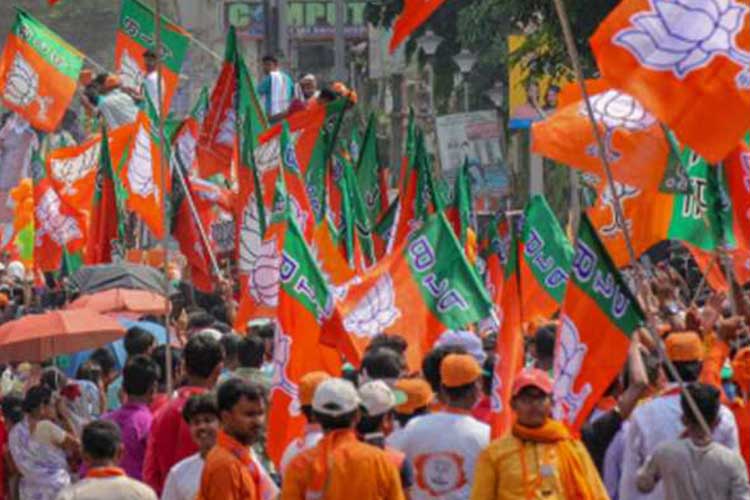 In Uttar Pradesh, political parties are gearing up for the assembly elections to be held after 8 months. Political pundits and strategist are keenly observing the political chessboard of UP. The BJP is in tremendous pressure after its electoral defeat in the highly charged elections of West Bengal.

The verdict of Bengal has helped the regional forces like Samajwadi Party to regain confidence. But the tug of war in the BJP including Covid mismanagement in the state is likely to make the political pitch murkier for Yogi Adityanath. The state is heading for a tough political battle. The Samajwadi party is repositioning itself to make it a contest between Samajwadi party and the BJP which is most likely.

The Big question: will Akhilesh Yadav turn out to be the Mamata of West Bengal in Uttar Pradesh or it is too early to speculate on the political arithmetic evolving in the state. Experts are of the opinion that there could be some kind of tacit understanding between the political forces in the state to take on BJP. Politics is all about perception and what people are getting impression of the BJP is that there is serious infighting in the BJP camp and the party is not as confident as it was in the last elections in the state. How the political one-upmanship will unfold ahead of assembly elections and how it is going to impact the Lok Sabha polls in 2024 is a wild guess to make at this juncture. But one thing is sure that the BJP at the moment is in catch-22 situation in Uttar Pradesh. However, Uttar Pradesh minister Swami Prasad Maurya’s statement that the state's next chief minister will be decided by the central leadership of Bharatiya Janata Party after the assembly polls speak in volume about the infighting in th BJP camp.

According to Nilanjan Mukhopadhyay, political analyst, senior journalist and well-known expert on right wing Hindu politics, “Before saying what will happen in 2022 and how it will impact 2024, I think we have to look at what will happen to 2022 because of the present confusion and the apparent conflict which is there within the BJP. The way the Central leadership under the guidance of Mr Modi wants Uttar Pradesh to be governed as well as politically led and the difference between the way Yogi Adityanath sees the entire issue. What we are seeing is a clear diversion and we have seen a game of one-upmanship being played by Yogi Adityanath vis-a-vis Mr Narendra Modi.”

On the infighting in the BJP, Mukhopadhyay said, “I think Mr Narendra Modi is facing a similar situation from Yogi Adityanath what he had created as the chief minister of Gujarat for the central leadership of the BJP in the years 2005-06 onwards when Modi after consolidating his political base in Gujarat had started having extra ambitions beyond Gujarat. That was the time when he wanted greater autonomy and there were lot of conflict between the Central leadership of the BJP, as well as the RSS and Mr Modi.”

He added, “The same thing is happening in Uttar Pradesh where Yogi Adityanath now wants to be more autonomous than what Mr Modi would want to be. Similarly, Yogi Adityanath is doing to the RSS what Mr Modi did to the RSS in the years 2005 to 2011. This is something which one needs to understand is the basis of the lead up to 2022. Eventually, they would be able to come together but the faultiness would remain. This I think coupled with the mishandling of Covid situation by the Uttar Pradesh government will have very serious effect on the prospects of the BJP in the UP elections.”

On the political development in Uttar Pradesh, Praveen Rai, Political Analyst at the Centre for the Study of Developing Societies, Delhi said, “The electoral reverberations of assembly elections in UP next year is being felt in public domain as major political establishments have started 'Slicing and Dicing' from each other of dominant caste-community leaders and support base. Political hysteria, a hallmark of Indian democratic politics, is most visible and reaches its crescendo in UP elections, as it is popularly believed that the road to Delhi passes through the state. The elections promises to be a high stake political battle as the BJP will be pitted against opposition parties in both overt and covert alliance, as they did in West Bengal elections, to reverse the saffron tide in the state.”

On the possible political plank, Rai said, “The BJP will seek a referendum based on good governance record, construction of Ram Temple etc., while its opposition will rake up national issues like mishandling of Covid 19 pandemic and vaccination policy, farmers protest etc. The election will be fought on a cocktail of state and national issues, but the mandate will be localised, based on the electorate's assessment of law and order situation, outreach of state welfare policies, last mile delivery of public services and efficacy of political communication.”

“The failure of the BJP in winning the West Bengal elections has been dubbed by the left-liberal intellectuals and anglicised mainstream media as the decline of 'Modi wave' and erosion of saffron footprints in India. The political reading of state election mandates as a reflection on the overall performance and popularity of the national government is erroneous and incomparable, akin to comparing apples with oranges. The tagging of election results in recently concluded state elections as the defeat of the BJP is not only a misconstrued mediatisation, but also a wishful thinking and a bucket list idea of those opposed to right wing ideology, he said.

“The defeat of the BJP govt will be a body blow to the Modi govt in Delhi and in many ways would serve a national warning. There is every chance it would put the Hindutva polity on reverse gear, pushing the country to coalition era. But then 1980 could serve as a grim reminder about the prospect of a fragile opposition unity that may set the stage for Modi's return and this time unlike post emergency may happen in less than three years. We are definitely going to see some tumult in Modi' journey. If that happens it will be good for democracy and voters will reassert their power over leaders and their different attitude,” said Mujibur Rehman who is an assistant professor at the Centre for the Study of Social Exclusion and Inclusive Policy at Jamia Millia Islamia, in Delhi. A political scientist by training, his research focuses on identity and development politics.