The officials of the area and district organization were asked to keep the report ready in advance through this process, 225 to 250 weak booths have been identified in each Lok Sabha seat. 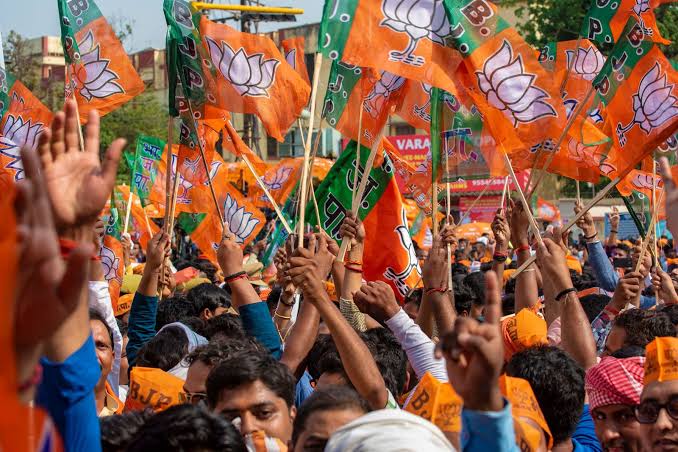 While the opposition parties are still engaged in reviewing the defeat in the assembly elections, the Bharatiya Janata Party has also started work on the roadmap made for the Lok Sabha elections. Seven days ago, it was decided in the meeting of the State Working Committee in UP and the party also identified weak booths from 225 to 250 in each Lok Sabha constituency. Now state level leaders will grope at these booths in fifteen days due to weakness and from July the organization will start campaigning for their strength.

The meeting of the BJP State Working Committee was held on 29 May i.e. last Sunday in the capital Lucknow. In this, Chief Minister Yogi Adityanath has given a target to win at least 75 out of 80 seats in the 2024 Lok Sabha elections. Its outline, State General Secretary Organization Sunil Bansal explained that by identifying weak booths in every Lok Sabha constituency, the responsibility of 100 weak booths on every seat will be handed over to the party's Lok Sabha member or Rajya Sabha member, while the MLAs of that area and where there are no MLAs, there is legislation. Council member will be given 25 booths.