Indian women wrestlers, Simran and Sito have also won two Bronze medals,  Sanju Devi and Bhateri have reached the finals of 62 and 65 Kg. respectively and Saneh (72 kg.) has entered in the Bronze medal bout. So far, India has won a total of nine medals. Indian men wrestlers have won six medals in the freestyle events. 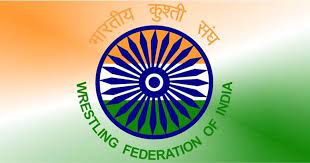 New Delhi: Indian WomenWrestler Bipasha lost in the final bout of 76kg. against the wrestler of the USA and will return with a Silver medal in the World Junior Wrestling Championship 2021 being held at Ufa (Russia). According to the information received here on Thursday, Indian women wrestlers won three medals including one Silver and two Bronze. Simran in 50 Kg. defeated Belarus wrestler by 7-3 and won Bronze Medal. Sito in 55 Kg.beat Turkish wrestler by 11-0 and won the Bronze medal. Arju was unlucky as she could not participate in 68 kg. Bronze medal bout due to injury.

So far, India has won a total of nine medals. Indian men wrestlers have won six medals in freestyle events.

In addition, two women wrestlers, Sanju Devi in 62 Kg. &  Bhateri in 65 Kg. have entered into the final and will play tomorrow for the Gold medal against the wrestlers of  Russian & Moldova respectively. Saneh (72 kg.) will also play for the Bronze Medal bout tomorrow.

The Greco Roman Wrestling for men will start tomorrow and matches in 5 weight categories will be played.