The survivors of the Bikaner-Guwahati Express that met with an accident near the Maynaguri town of Bengal's Jalpaiguri district on January 14, recounted horrific details just before the tragedy. 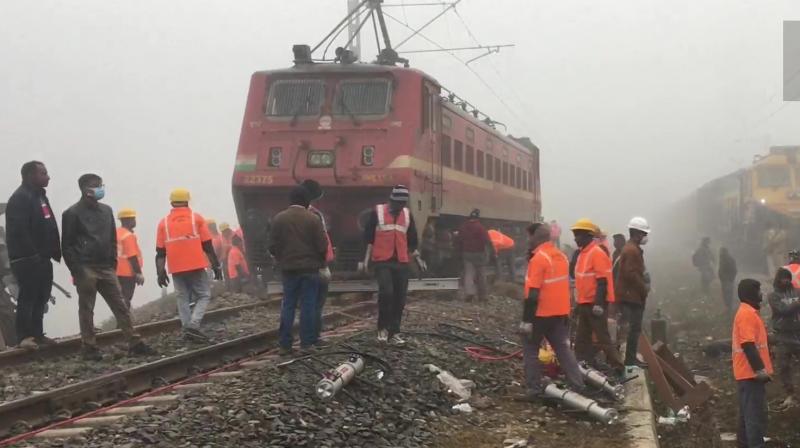 The survivors of the Bikaner-Guwahati Express that met with an accident near the Maynaguri town of Bengal's Jalpaiguri district on January 14, recounted horrific details just before the tragedy.

Thursday evening, twelve coaches of the Express train went off the track and at least 9 people have died so far. 37 passengers have been admitted to the hospital and at least half a dozen of them are in very serious condition.

Passengers who have survived the tragedy has said that seconds after the derailment, they experienced horrific moment. “I and my mother were thrown in the air within the compartment. I went unconscious and when I gained consciousness, I found myself in the hospital,” a survivor said adding that he is not able to find his mother yet.

Another survivor said that he is felt and jerk and everything within the compartment flew into the air. He heard a loud noise and then everything went blank as he fell on the floor from his berth.

Chief Minister of West Bengal Mamata Banerjee has expressed deep condolences for those who lost their lives and said that senior officials are supervising the relief and rescue operations.

“Deeply concerned to hear about the tragic accident of the Bikaner-Guwahati Express in Maynaguri. Senior Officers of the State Government, DM/SP/IG North Bengal are supervising rescue and relief operations. Those injured will receive medical attention, as early as possible,” Mamata Banerjee tweeted.

Railway Minister Ashwini Vaishnaw arrived on the accident site and took stock of the relief and rescue measures.