Due to the Agneepath scheme, incidents of violence are coming out from many places due to this, the protesters of Bihar had also announced the closure of the state. 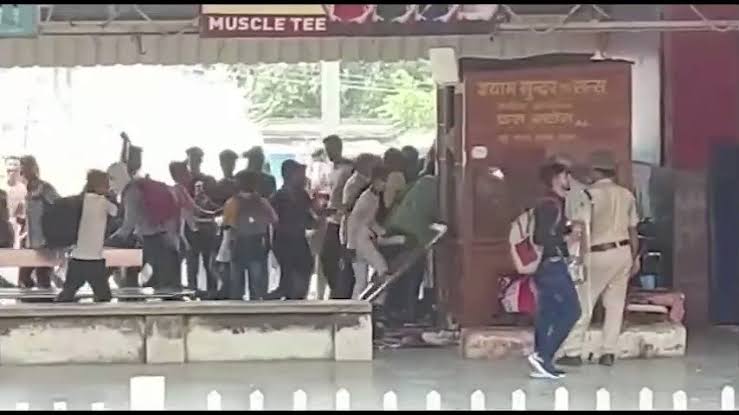 Youth Looting Shops At Railway Station: This video of just 45 seconds is really surprising. It is written in the caption of this video that they cannot be our future Soldiers. Video of loot in shops at the railway station of Bihar.

In this video shared on Twitter, some people can be seen looting goods from shops. However, due to the Agneepath scheme, incidents of violence are coming out from many places. Due to this, the protesters of Bihar had also announced the closure of the state.

According to the government's 'Agneepath scheme', a lot of resentment can be seen among the youth when they retire after being given a chance to serve in the army for only 4 years. After Bihar, the performance in Rajasthan, Uttar Pradesh, and Haryana also seems to be increasing very fast. 25% of all the recruited jawans will be given a place in the army and the same thing is troubling the students.

While the government is applauding its decision a lot, the opposition is making preparations to open a front against it. The Congress is going to conduct 'Satyagraha' at Jantar Mantar on Sunday morning.