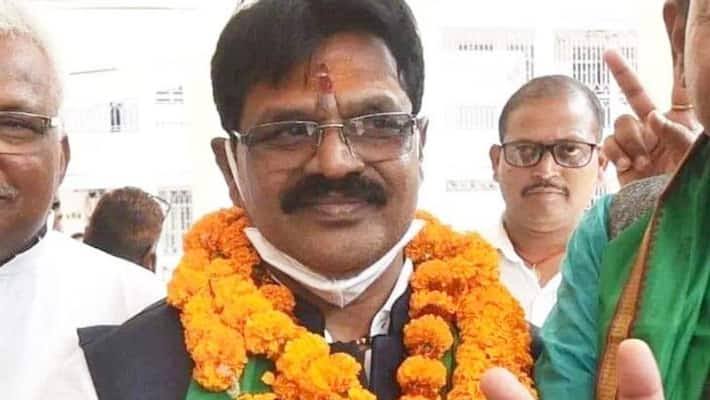 Nitish Kumar's troubles do not seem to be diminishing after forming the government with RJD. The ruckus on Bahubali Anand Mohan was not over yet, in the meantime a very shocking revelation has come to the Law Minister. There has been a stir due to the revelations on Nitish Kumar's law minister. Bihar's new law minister Kartikeya Singh was to surrender in Danapur court yesterday in a kidnapping case but Kartikeya Singh reached Raj Bhavan to take oath. At the same time, Kartikeya Singh said that there is no warrant against him. He has given all the information in the affidavit.

Karthikeya Singh is considered very close to RJD's Bahubali Anant Singh. A case of kidnapping was registered against Karthikeya Singh in Patna's Bihta police station in 2014. He is accused of conspiracy to kidnap a builder with intent to murder. Chargesheet has been filed in this case. In this case against Kartikeya Singh, a warrant was issued on 14 July 2022 and he was to surrender on 16 August 2022 but Kartikeya Singh went to take oath instead of surrender.

Rajya Sabha MP and Bihar BJP leader Sushil Kumar Modi has attacked the Nitish government. He said that Nitish Kumar is responsible for this incident who had all the information. This happened only at the behest of Nitish. Nitish Kumar has a big motive behind making Karthikeya the Law Minister. Sushil Modi said that Nitish Kumar wants to withdraw the case against those who are facing cases.