SDPO Mukul Parimal Pandey said that there was information about firing by the criminal. Local police have been sent to the spot. The investigation of the matter has been started. 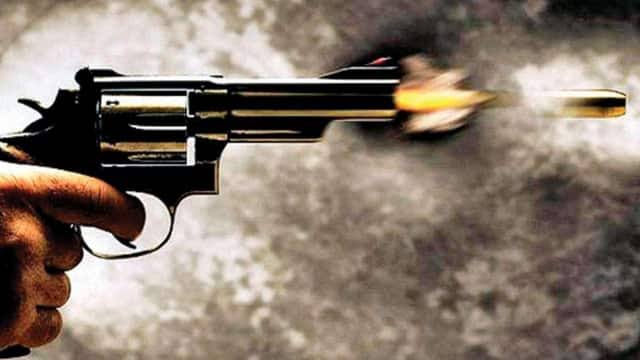 The criminals fired indiscriminately on Thursday morning in Golaghat Dumri Ahiroli village of Yogapatti police station area. Four people including a ward member have been injured in the incident. He is being treated at the Government Medical College and Hospital in Bettiah. The villagers have handed over a criminal with a pistol to the police. Yogapatti police is interrogating him. Ward member of Dumri Panchayat Raja Babu Patel, his brother Vijay Kumar Patel and villagers Sudhan Manjhi and Rustam Mian were injured in the incident. Raja Babu Patel is shot in the throat.

Raja Babu Patel, who was treated in the hospital, told that he was sitting at the door of the house with his brothers. Meanwhile, a masked criminal came from the bike. As soon as he came, he opened fire on him, due to which the bullet hit his throat. Seeing this, people ran to catch him, then the criminal fired three shots at the villagers too. During this, other people also got shot. Villagers told that the criminals ran away while firing. People started following him. He ran away and went to a field. After this people informed the police and surrounded him from all sides.

SDPO Mukul Parimal Pandey said that there was information about firing by the criminal. Local police have been sent to the spot. The investigation of the matter has been started.