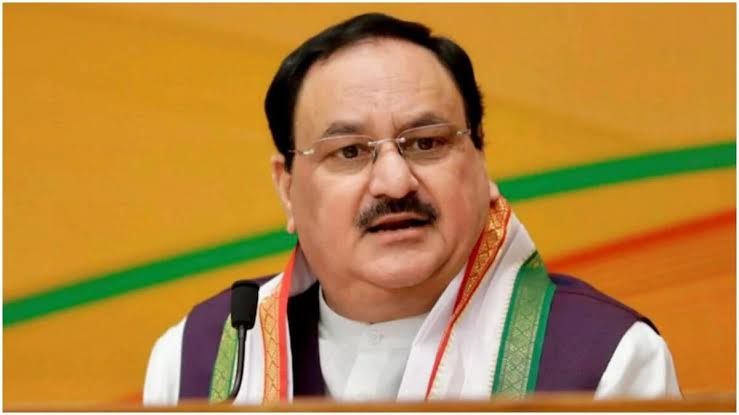 Bharatiya Janata Party (BJP) president JP Nadda on Saturday faced protests from angry student activists at Patna College where he had stayed for a while. JP Nadda himself has been a student of Patna College. Most of the activists were members of the leftist 'AISA'. The protesting student activists were carrying placards condemning the National Policy on Education (NEP) and demanding central status for Patna University.

Angry students raised slogans of "JP Nadda go back" at Patna College. It is noteworthy that Nadda belongs to Himachal Pradesh, but he spent the early years of his life in Patna. Nadda was in Patna to inaugurate the two-day convention of the party's seven fronts, which will end with Union Home Minister Amit Shah's address on Sunday. The policemen present, while clearing the protesters, Nadda got out safely from the college premises. Police said that no arrest has been made so far in connection with the incident.

Before reaching Patna College, Bharatiya Janata Party (BJP) President J.P. Nadda held a roadshow in the city on Saturday after arriving here to inaugurate a two-day joint national executive meeting of different party cells. Nadda was received on his arrival at the Jayaprakash Narayan International Airport by Deputy Chief Ministers Tarkishore Prasad and Renu Devi, Union Minister Nityanand Rai, BJP's Bihar unit chief Sanjay Jaiswal and state cabinet ministers. From the airport, Nadda went to the Patna High Court, where he garlanded the statue of Dr. Bhimrao Ambedkar. After this he did a road show till the statue of Jayaprakash Narayan located near Gandhi Maidan, which attracted huge crowd.