Bihar Liquor Case : So far 65 people have died due to poisonous liquor in Bihar, this is the highest figure in 6 years of prohibition

There is a complete ban on the sale and consumption of liquor in Bihar since April 2016 but the government is accused that its implementation is not being done properly. 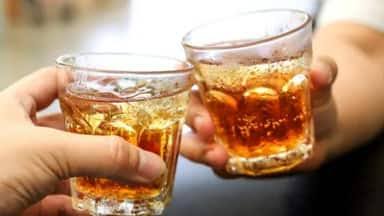 The death toll due to spurious liquor has increased to 65 in Bihar. According to news agency ANI, this is the highest number of people who died of spurious liquor in Bihar since the liquor ban implemented six years ago. The National Human Rights Commission (NHRC) has also issued a notice to the Bihar government and the Director General of Police (DGP) of the state regarding this spurious liquor tragedy. There is a complete ban on the sale and consumption of liquor in Bihar since April 2016 but the government is accused that its implementation is not being done properly.

The Human Rights Commission has taken suo motu cognizance of a media report, which states that several people died in Bihar's Saran district allegedly due to consumption of spurious liquor. The commission said that if the media reports are true, then it raises concerns about human rights.

According to the statement of the Commission, it has issued a notice to the Chief Secretary and DGP of Bihar and summoned the detailed details. Under this, information has been sought about the FIR registered by the police, the treatment of the victims admitted in the hospital and the compensation (if any) given to the victim's family.

The commission also wanted to know what action has been taken against the officials responsible for the tragedy. The commission has sought an answer from the government in this regard as soon as possible. This reply will have to be given within four weeks from the date of issue of the order.

According to the report, most of the deaths took place in Mashrakh, Ishuapur and Amanour villages under Chhapra's Maroda police station. It has been said that the police suspect that the villagers might have bought liquor from a general shop in the surrounding areas. Relatives of the deceased have reportedly said that more than 50 people had consumed country liquor.