Vijay Kumar Sinha resigns as the Speaker of the Bihar Assembly. 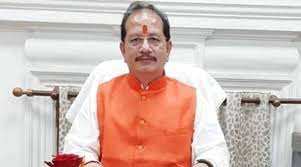 Floor Test in Bihar Vidhan Sabha News Live: The floor test of the Grand Alliance government is to be held in the Bihar Legislative Assembly today. Earlier today, Assembly Speaker Vijay Kumar Sinha resigned. He had on Tuesday rejected the no-confidence motion notice given by the RJD. Before the majority test, the RJD leaders have been raided by the CBI. The RJD is furious with this action and is consistently protesting against it.

Assembly Speaker Vijay Kumar Sinha has resigned from his post ahead of Nitish Kumar's majority test. Earlier, RJD MLAs had given notice of a no-confidence motion against him, which was rejected by Sinha. However, he resigned today.

Former Bihar Chief Minister Rabri Devi said, there is a new government in the state under the leadership of Nitish Kumar. BJP people are scared of this. "We have a majority," he said. All parties are with us except BJP. On CBI raids, he said, CBI is only there to scare us, but we are going to be afraid of it. This isn't happening for the first time.

Sinha, speaking on the No Confidence Motion against him said, "The Chair is 'Panch Parmeshwar'. What message do you want to give by casting suspicions on the Chair? People will make a decision."

Bowing before the majority, I resign as speaker, says Vijay Kumar Sinha inside Bihar Assembly.