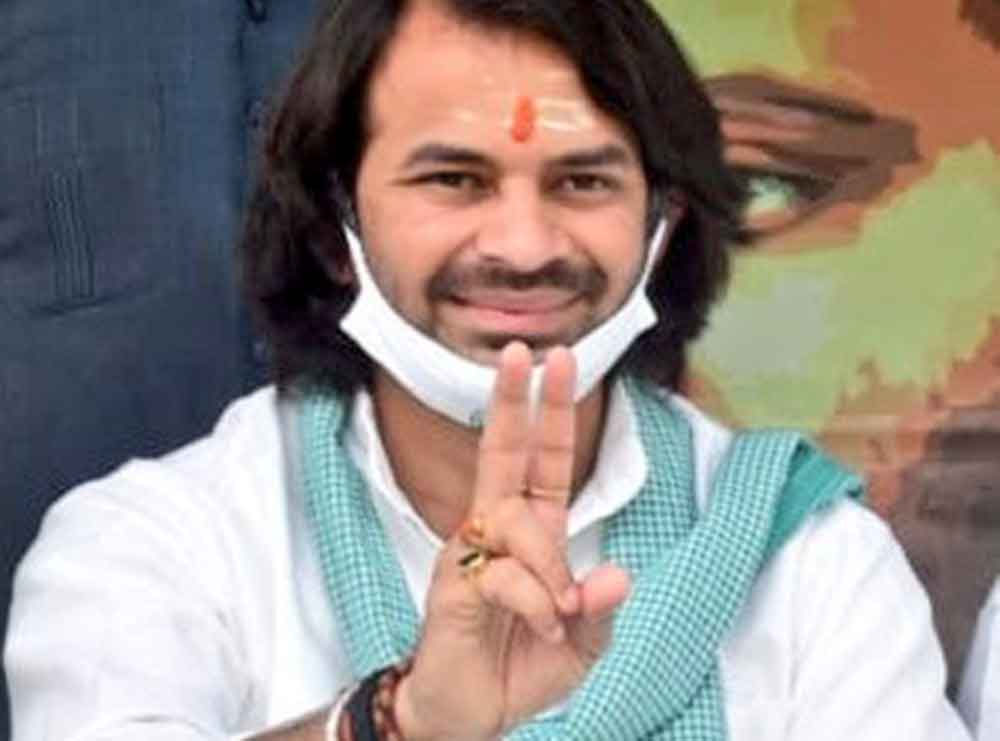 He thanked the people of Hasanpur for their support.

He defeated his opponent Raj Kumar Ray, Janata Dal (United) sitting MLA, according to the Election Commission of India's website.

In the previous election in 2015, Ray had defeated BLSP's, Binod Choudhary. With a substantial population of Yadav and Muslim minority voters, Hasanpur assembly constituency was supposed to be a safe bet for Tej Pratap.

It had won the election against the main opposition alliance of the National Democratic Alliance (NDA) primarily led by the Bharatiya Janata Party (BJP).

Mahagathbandhan formed the government and Tej Pratap was a cabinet minister for Health. However, two years later in 2017, the Janata Dal (United) led by Chief Minister Nitish Kumar left the Mahagathbandhan and joined the NDA.