The North Eastern District Police has caught the crook Sameer, who was rewarded 50 thousand under Operation Ankush. An FIR was registered against Sameer under several sections of the Indian Penal Code. 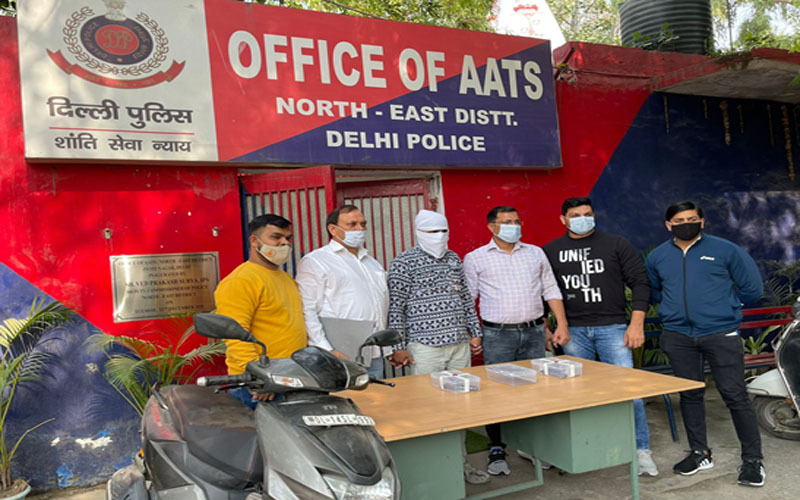 Delhi Police has taken a big action during the festival season. The North Eastern District Police has caught the crook Sameer, who was rewarded 50 thousand under Operation Ankush. An FIR was registered against Sameer under several sections of the Indian Penal Code. This information has been given by Sanjay Kumar Sen, Deputy Commissioner of North Eastern District Police.

According to the information received, 42-year-old Sameer's son is a resident of Subhash Vihar of North Ghonda, resident of Ajmer Khan. He is considered a member of the Satte gang and is a well-known snatcher. Delhi Police has already registered an FIR against it in many cases. Then a reward of 50 thousand was announced by the police on this.

Giving information about the police action, it was told that Sameer is a desperate and active criminal, who is involved in many chain snatching and other criminal incidents. Several police teams were formed to nab him and these teams were working tirelessly to nab him. Human intelligence along with technical surveillance was employed in and after the team AATS/NED headed by SI Akhil and comprised of SI Manoj, HC Rajdeep, HC Vipin, Const. Nitin, Const. Pavit and Const Deepak were killed under the supervision of ACP/Ops.

The team had specific information that Sameer uses stolen scooty/vehicle for crime, so the team kept waiting there. After some time a man with a mouth and a helmet came there and while starting the scooty, the const stopped him. Nitin. The man tried to escape but was caught after a brief skirmish and was immediately overpowered by other team members. Later, the person was identified as Sameer son Ajmer Khan resident of Subhash Vihar Uttar Ghonda Bhajapura age 42 years. Two (2) semi-automatic pistols filled with 10 live cartridges, 3 stolen mobile phones were recovered from him. The scooty he was riding was also found stolen from PS Shahdara under FIR No. 00609639 IPC section 379 IPC dated 30.03.21.