Big success for Army: 4 terrorists killed in 2 encounters in Kulgam, Jammu and Kashmir, TRF commander was also among the killed terrorists

Operation all out of security forces continues in Jammu and Kashmir. On Wednesday, the army has killed 4 terrorists including the TRF commander in two separate encounters. The encounter is still on. 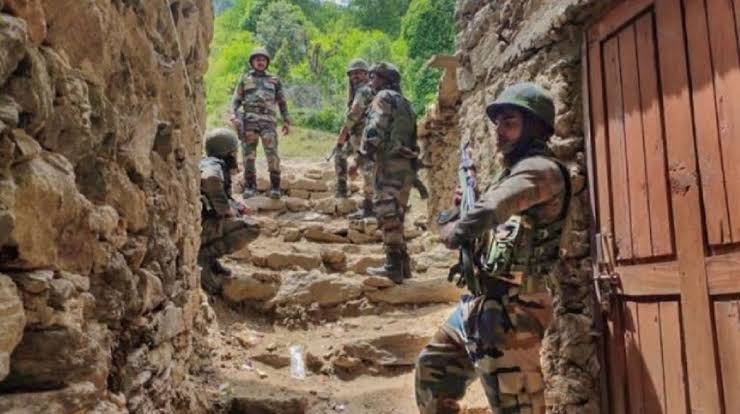 Operation all out of security forces continues in Jammu and Kashmir. On Wednesday, the army has killed 4 terrorists including the TRF commander in two separate encounters. The encounter is still on. Both the encounters took place in Kulgam district of Kashmir. Security forces along with Kashmir Police have surrounded the area from all sides.

According to IGP Kashmir, one encounter took place in Pombai village of Kulgam and the other in Gopalpora. The slain terrorist Afaq Sikander was the commander of the banned organization TRF.

Earlier on November 15, 4 Kashmiris, including two local businessmen, were killed in an encounter at Hyderpora in Srinagar. Two businessmen from Kashmir were also killed in the operation. These included Dr. Mudassir Gul and Altaf Bhat. They had shops in a commercial complex located there. Dental surgeon Mudassir Gul used to run the computer center in this complex. Altaf was the owner of this commercial complex and ran a hardware and cement shop there.

According to the Kashmir Police, Altaf Ahmed Bhat used to help the terrorists, while Dr. Mudassir Gul was the over ground worker of the terrorists, who gave them a place to live. Kashmir IGP Vijay Kumar had claimed that one of the two terrorists killed was Haider, a Pakistani national.