Big relief to Nupur Sharma from Supreme Court, stay on arrest till August 10

The court will next hear the matter on August 10. Nupur had moved the Supreme Court on Monday and requested for restoration of her withdrawn petition. 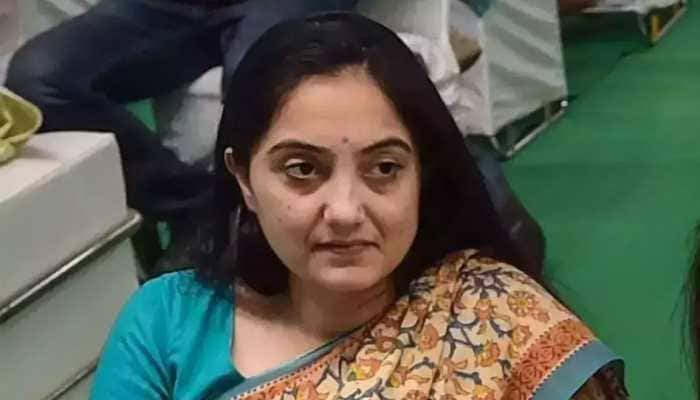 The Supreme Court on Tuesday heard the petition of former Bharatiya Janata Party spokesperson Nupur Sharma seeking to merge different FIRs in different districts. After the hearing, the court has issued a notice to all the parties, staying the arrest of Nupur Sharma till August 10. The Supreme Court has sought additional affidavits from the Centre-State and Nupur by August 10. During this, arrest or any action has been banned. Now the court will next hear the matter on August 10. Nupur had moved the Supreme Court on Monday and requested for restoration of her withdrawn petition.

Nupur Sharma's lawyer Maninder Singh told the court today that Nupur's life is in serious danger, she cannot go to different high courts at any cost, so the hearing should be held in the Supreme Court itself. After this, the court, while issuing notice to all the parties, has fixed August 10 for the next hearing.

Nupur Sharma had made objectionable remarks on Prophet Mohammad during a program broadcast on TV, for which FIRs were registered against him in many states of the country. Earlier, Advocate Maninder Singh put Nupur Sharma's side in the court. Quoting Nupur Sharma, his lawyer said in the court, 'Now new developments have taken place in this matter. New threats are coming. Today a news report has come in which it has come to the fore that Nupur's number and address have been shared. My life is in grave danger. There have been many FIRs against me for a criminal offense. 3-4 more FIRs have been registered in West Bengal.

The Patna Terror Module was also mentioned during the hearing of Nupur's petition in the Supreme Court. Athar, arrested from Phulwari Sharif, has confessed during interrogation that the attack was being planned at Nupur's house. Nupur's address was being circulated in WhatsApp groups. Nupur's lawyer also put this matter before the court.