Big problem in front of Team India: Who will open in place of Rohit, who will give chance to Rahane-Dravid in the middle order

The first match of the two-match Test series will be played between India and New Zealand on November 25 at the Green Park Stadium in Kanpur. Before this test match, two big questions have arisen in front of Team India. 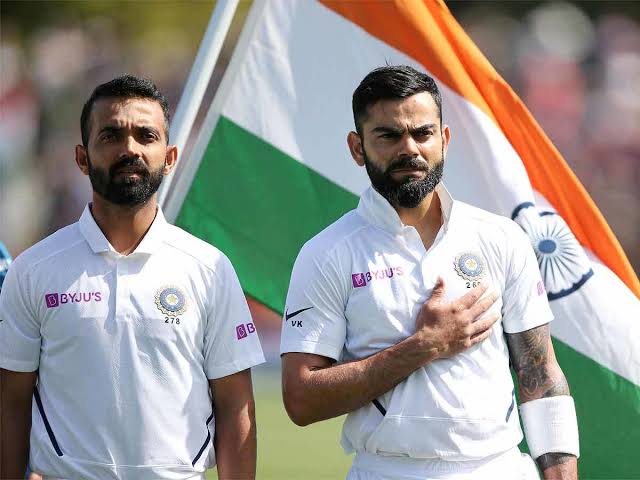 The first match of the two-match Test series will be played between India and New Zealand on November 25 at the Green Park Stadium in Kanpur. Before this test match, two big questions have arisen in front of Team India. Actually, opener Rohit Sharma has been rested in this Test series and team captain Virat Kohli will also not play the first match.

Now the question is, who will start the innings instead of Hitman. India played the last Test series on the tour of England and KL Rahul was seen opening for the team along with Rohit Sharma. In Kanpur too, Rahul will open, but the suspense remains on who will be seen with him.

There are two contenders in the form of Shubman Gill and Mayank Agarwal to replace Rohit Sharma in the first Test. Gill played his last Test during the final of the World Test Championship against New Zealand, while Mayank played the last Test on the tour of Australia earlier this year. Shubman Gill was out of the team due to injury, while Agarwal remained with the team, but due to the strong performance of Rohit-Gill and Rohit-Rahul in the first ENG series, he could not get a chance in the playing XI.

Talking about Gill, his form was seen to be bad before getting injured. Barring the debut series on the Australia tour, Shubman was out of form in the home series against ENG and the WTC final. Against England, he scored 119 runs in 7 innings at a simple average of 19.83, while scoring only 36 runs in the WTC final.At the same time, Mayank has been in good form in recent times and in 6 innings of 5 Tests played in India, 243 runs have been seen with his bat at an average of 99.50.

Based on the figures of both, Mayank Agarwal's claim in the opening looks strong. In such a situation, Mayank can probably be seen opening the first Test against New Zealand with KL Rahul as his partner.

In front of captain Ajinkya Rahane and coach Rahul Dravid, the search for the perfect batsman for the second difficult number-4 is on. Actually, Virat Kohli plays at this number, but in his absence, the names of Shubman Gill and Shreyas Iyer are popping up for this order. Although Gill is an opener, he can also play in the middle order if needed. Gill's side could be a bit strong to replace Kohli as he is making a comeback and was ruled out of the team due to injury.