The SP has also issued a letter regarding the posting of officers. The resort's rooms were vacated two days ago. The guests staying here were shifted to another place on Monday itself. 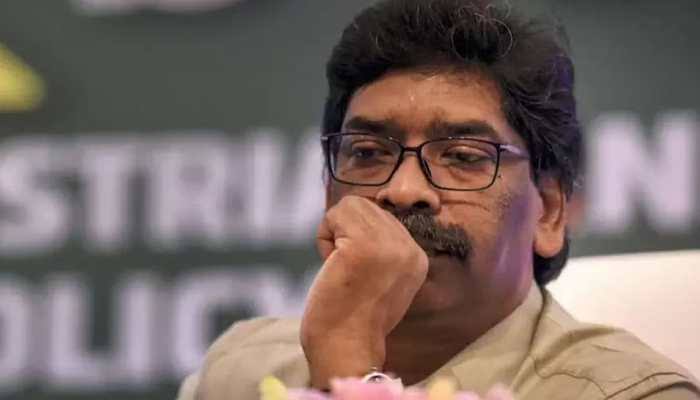 After Maharashtra and Bihar, now the political stir has intensified in Jharkhand. Chief Minister Hemant Soren is not worried about Jharkhand's daughter Ankita or her family, but about her chair. CM Soren has sent his MLAs out of Jharkhand itself. There are air lifters in Chhattisgarh. Let us inform that two buses carrying 32 UPA MLAs reached the airport and along with these MLAs, CM Hemant Soren also went to the airport in the bus. On reaching the airport, he was showing a thumbs-up sign as if the chair had been saved. The next location of the MLAs is Raipur. Soren's entire government, all the MLAs are going to go to Chhattisgarh by chartered flight in a short time.

According to information received from Raipur, rooms have been booked for August 30 and 31 in a resort called Mayfair there. A dozen IPS and DSP level officers are reported to be deployed in the security of the resort booked in Raipur. The SP has also issued a letter regarding the posting of officers. The resort's rooms were vacated two days ago. The guests staying here were shifted to another place on Monday itself.

In Jharkhand, the ruling coalition has a total of 49 MLAs in the 81-member assembly and has the support of some other legislators to run the government. The JMM has 30 MLAs, the Congress 18 and the RJD one in the state assembly. In contrast, the main opposition BJP has 26 MLAs and its ally AJSU has two MLAs and is supported by two other MLAs in the House.