Biden assures Afghan leadership of US support even after troop pullout

"We're going to stick with you. And we're going to do our best to see to it you have the tools you need," Biden convinced the Afghan leadership. 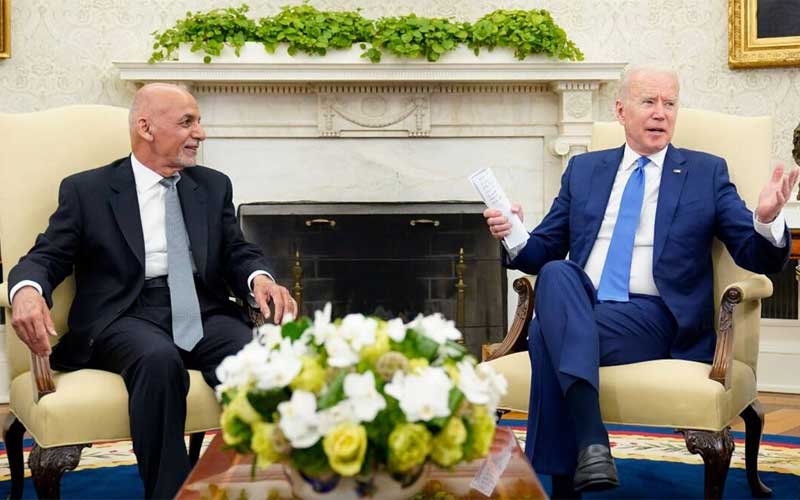 On Friday, US President Joe Biden reaffirmed Afghan leaders Ashraf Ghani and Abdullah Abdullah of continued American assistance following the departure of their troops but emphasised that Afghanistan's fate would now be in the hands of its own people.

Biden said, "Afghans are going to have to decide their future, what they want."

He spoke to both men and referred to them as old friends. Ghani last visited the White House in 2014, while Biden was serving as vice president.

"We're going to stick with you. And we're going to do our best to see to it you have the tools you need," Biden convinced the Afghan leadership.

The Afghan President said he supports Biden's decision to remove US soldiers during the small section of the meeting that was witnessed by the reporters. He dismissed a US intelligence assessment that predicted the collapse of Kabul inside six months of the last US forces leaving in July, noting that such grim predictions have previously "turned out false".

The White House meeting took place against the backdrop of rising fears about the present government's destiny, as well as the Taliban's ongoing escalation of violence, which has pulled out of peace negotiations unless US forces leave.

President Biden assured his Afghan counterpart that even though the US troops might be exiting the Afghan soil, however he said, “our support for Afghanistan is not ending”. He added that the US support extended in the capacities of “economic and political support”, as well as maintenance of their military.

The troop pull-out that Biden authorised in April could be completed in large part by the beginning of next month. Biden had set a deadline of September 11th for the conclusion of the US military operation, claiming that nearly two decades of combat had been enough and that the conflict had become self-perpetuating.