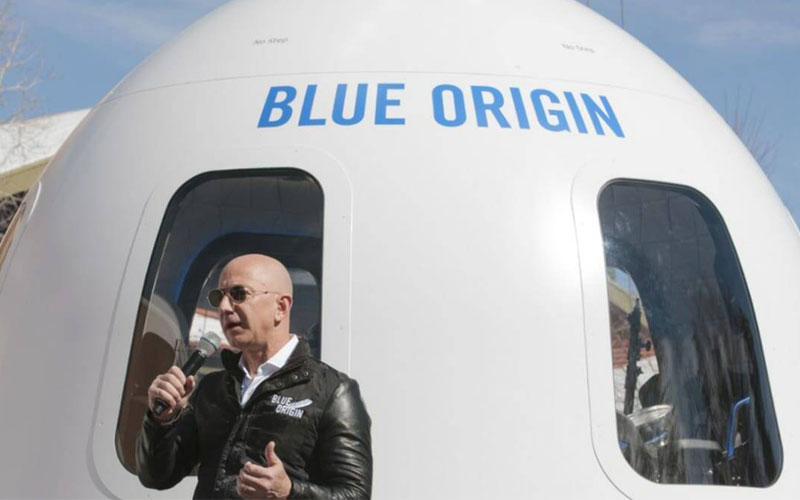 Blue Origin, the rocket corporation founded by Amazon founder Jeff Bezos, has launched a bid for a seat on its first crew space flight, a major milestone in a race to lead a new age of commercial space tourism.

The company announced that the winning bidder in a five-week online auction would get a seat on the first space flight, with the funds going to the company's non-profit foundation - Club for the Future, which promotes science, engineering and technology careers.

From Wednesday, closed online bidding will be open for a period of two weeks, with prospective space tourists able to bid any price. On May 19th, those bids will be made public, and the contest will end on June 12th with a live auction.

Famous people, celebrities and the ultra-wealthy will prove to be the primary target demographic for space tourism excursions, at least at first considering the exorbitant costs involved in space travel.

Ariane Cornell, Director of Astronaut Sales at Blue Origin said, "The view will be spectacular."

The spacecraft is named after the first American in space, Alan Shepard. The rocket and crew capsule are intended to transport six people, five astronauts along with one space tourist, and technical tools only outside the Karman border, which divides Earth and space.

Before the pressurised capsule returns under parachutes to the Earth surface, the flight would be travel high enough for the passengers to undergo a few minutes of weightlessness and be able to see the curvature of the earth.

Depending on demand, Cornell said Blue Origin would "love" to raise the rate of its tourist flights to space and increase launch sites, preferably beyond the United States. The reusable New Shepard booster will fly and land in West Texas for the July flight.