Bhupendra Singh Chaudhary appointed as the new President of UP BJP

After several days of meetings from Lucknow to Delhi, the Bharatiya Janata Party has officially elected Minister Bhupendra Singh Chaudhary in the Uttar Pradesh government as the new state president. 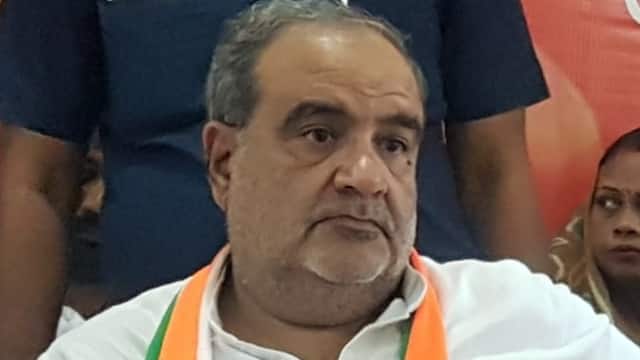 The name of the Uttar Pradesh BJP President has been announced. After several days of meetings from Lucknow to Delhi, the Bharatiya Janata Party has officially elected Minister Bhupendra Singh Chaudhary in the Uttar Pradesh government as the new state president of the party.

The speculations of Chaudhary becoming the new state president of the party had started when he left his Azamgarh tour and reached Delhi in the middle. On August 25, Chaudhary met BJP President Jagat Prakash Nadda at his residence in Delhi, after which Chaudhary was officially declared as the Uttar Pradesh President by the party.

Before the Lok Sabha elections to be held in the year 2024, the election of the state president of the BJP is considered very important. After the tweet of Deputy Chief Minister Keshav Prasad Maurya, his name was discussed. However, he was not given this responsibility.

Bhupendra Singh Chaudhary, who was a minister in both the governments of Yogi Adityanath in Uttar Pradesh, has more than three decades of experience in the organization. His stature in the party is among the influential Jat leaders and with his becoming the party president it is being speculated that the BJP is trying to find the lost ground in western Uttar Pradesh due to the farmers' movement. In addition, Choudhary can prove to be effective in coordinating the organization and government because of his experience.