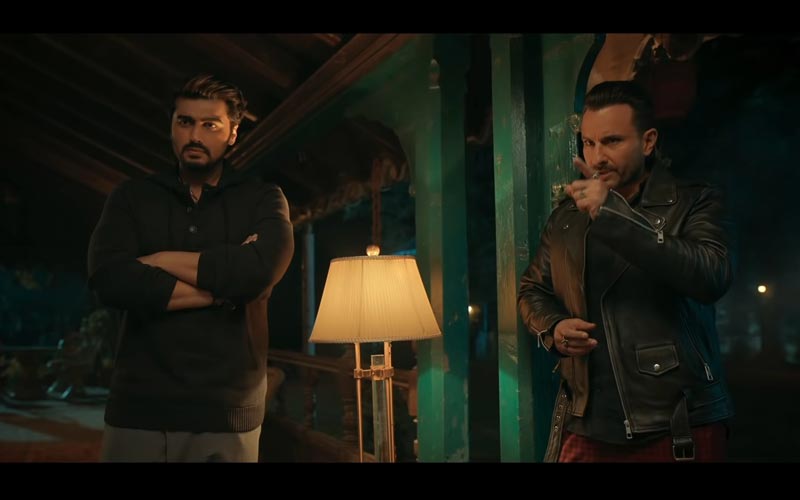 In the 2 minutes 48 seconds trailer, we see two distinct characters played by Arjun Kapoor (Chiraunji) and Saif Ali Khan (Vibhooti). Chiraunji is quite superstitious, and Vibhooti is the opposite of him. In Bhoot Police, they play ghost hunters, but Vibhooti is doing it only for money and says, ' bhoot voot kuch nahi hota'. All Vibhooti wants money to drink and have fun with girls.

The ghost hunters meet Kanika (Jacqueline) and Maya (Yami) one day, and their lives change. After making a business out of people's belief's in ghosts, the duo finally experiences some supernatural and ghostly activities. So how are they going to police this deadly soul and save themselves? That's something to watch in the film.

About working his character in the film, Arjun Kapoor told the media, "While I don’t believe in ghosts and stories about witches, I really liked the film’s script. When Rameshji (producer Ramesh Taurani) shared the script with me, I told him about this, and he said 90% of India believes in ghosts and witches, and only 10% don’t. So my character will be relatable to 90% of the audience, and Saif’s will be to only 10%, so I am happy!"