Bhola Yadav, who was the OSD of Lalu Prasad Yadav, arrested from Delhi, CBI action in railway recruitment scam

On May 18, the CBI had registered an FIR against Lalu Yadav, Rabri Devi, Misa Bharti and others in this case. 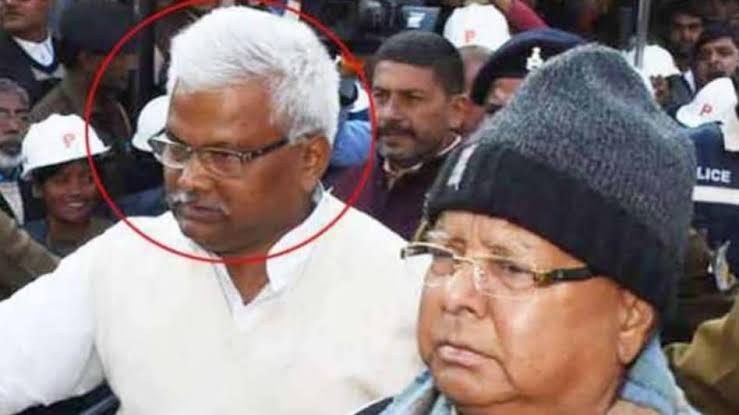 CBI has taken major action in Railway Recruitment scam. The CBI has arrested Bhola Yadav, a close aide of former Bihar CM and former Railway Minister Lalu Prasad Yadav and his OSD. These arrests have been made in connection with the alleged taking of land for a job. Apart from this, search operation is also going on at about 4 places in Bihar. In this, 2 raids are going on in Darbhanga and 2 in Patna. This scam is from 2004 to 2009. According to sources, Bhola Yadav is the mastermind of this case. The CBI is searching two locations in Patna, in which one is of Bhola Yadav's CA. Apart from this, search is going on at two places of Darbhanga.

These arrests have been made under the allegations of taking land in lieu of recruitment. Actually Bhola Yadav was the OSD of Lalu Prasad Yadav from 2004 to 2009. During this time Lalu was the Railway Minister. There are allegations against Bhola Yadav that he is the alleged kingpin of the scam. In this case, CBI has already raided 17 places related to Lalu Yadav. This action of CBI lasted for 14 hours. During the raids, the locations of Lalu Yadav, his wife Rabri Devi and daughter Misa Bharti in Patna, Gopalganj and Delhi were investigated.

Bhola Yadav is considered very close to Lalu Yadav. He is also known as Lalu's Hanuman. The CBI had also called him for questioning 4 days ago. Many big secrets can be revealed by this arrest in the land case instead of job. Bhola has always been seen with Lalu. Court or hospital, he is always present as Lalu's assistant. He was also elected MLA from Bahadurpur seat in the 2015 Bihar Assembly elections. However, he lost the election from Hayaghat seat in the 2020 elections. He is also considered very close to Tejashwi Yadav.