He warned that his party will gherao chief minister Uddhav Thackeray's residence and may possibly call for a Maharashtra Bandh. 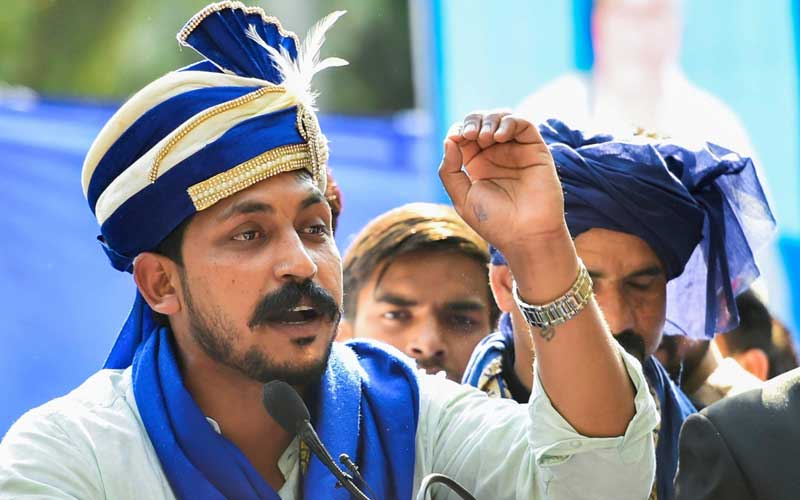 On May 7th, a Maharashtra government resolution (GR) abolished 33% reservation in promotions for SC, ST, VJNT, and SBC categories. The judgement came just two days after the Supreme Court ruled that quota for the Maratha minority were invalid.

During a visit to Pune to commemorate the birth anniversary of famous social reformer Chhatrapati Shahu Maharaj, Azad stated that reservation in promotions was necessary, and that his party would protest if the advantages were not provided to Marathas.

He warned that his party will gherao chief minister Uddhav Thackeray's residence and may possibly call for a Maharashtra Bandh.

Azad while talking to media said that earlier there was no hope as Maharashtra had a BJP administration in office, however since now a party which follows Shahu Maharaj’s ideals was in power, he can relay for the cause of quota.

“However, this government is also working against the rights of the deprived classes. We demand the chief minister of the state to consider our demand for reservations in promotions seriously. Or else we will protest,” said the Bhim Army chief.

The Bombay High Court is hearing petitions on the elimination of GR reservations in promotions. The government claimed in an affidavit submitted before the HC that the GR was in line with state law and was subject to the result of subsequent decisions of the Supreme Court, which is reviewing the special leave petitions (SLPs) filed after the Bombay High Court took down the GR in 2017.

Maharashtra has said that because the Supreme Court is currently hearing cases challenging the May 7th GR, the “HC should not interfere in petitions that are devoid of merit.”

Bhim Army commander Chandrashekhar Azad also visited the Ambil Odha neighbourhood, during his day-long visit to Pune and expressed solidarity with residents of shanties that were being demolished as part of the Pune Municipal Corporation's (PMC) anti-encroachment effort. After a local court issued a stay order, the campaign was finally halted, and even the Maharashtra government intervened and instructed PMC to put a stop to it.