Apart from Hindi, Bhediya was also released in Tamil and Telugu languages where this film could not show amazing at all in Tamil, 'Bhediya' could not earn any money in Telugu on the sixth day. In Telugu language, this film has done a business of only 28 lakhs till now. 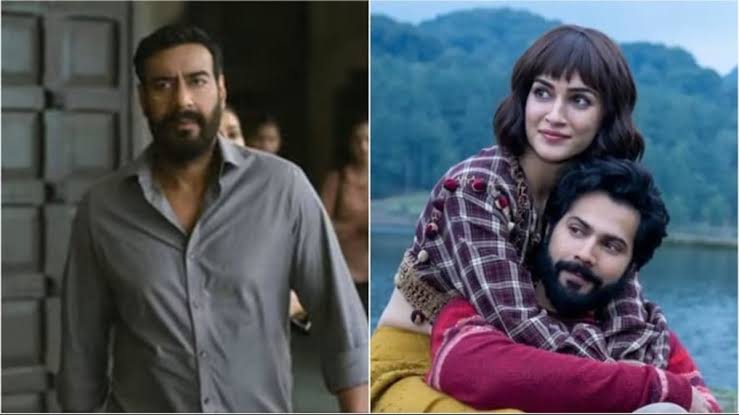 While Ajay Devgan and Tabu starrer 'Drishyam 2' is continuously climbing the ladder of success at the box office, on the other hand the wolf's echo is decreasing in theatres. Even after 13 days of release, Drishyam 2 has maintained its strong hold at the box office, but since the weekend, the Varun Dhawan and Kriti Sanon starrer has fared badly at the Indian box office. Bhediya's collection is decreasing with each passing day and till the sixth day of its release i.e. Wednesday, the film has been able to earn only this much at the box office.

On one hand, where Varun Dhawan's Bhediya has lost to Drishyam 2 at the Indian box office, on the other hand, the effort to join the worldwide film's 100 crore race is still going on. Varun Dhawan's creature comedy has crossed the 50 crore mark worldwide and till now the film has earned a total of around 53.31 crores. Apart from Varun Dhawan and Kriti Sanon, Abhishek Banerjee and Deepak Dobriyal played the lead roles in this film. Apart from 2D, this film has also been released in 3D. Made on the backdrop of Arunachal Pradesh, 'Bhediya' shows the beauty of the forests there in the film. The story of the film is about a boy named Bhaskar, who is bitten by a wolf in the forest and gradually turns into a wolf every full moon night.