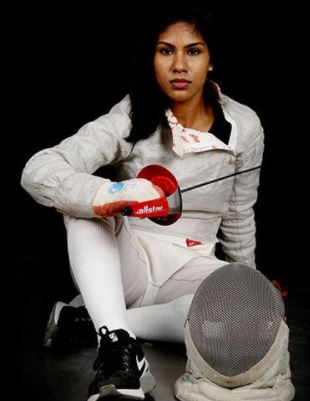 Bhavai had earlier secured her first spot in the World Cup in Hungary after the host lost in the quarterfinals of the team event, allowing Korea to progress to the semis. Bhavani Devi qualifies through the Adjusted Official Ranking (AOR) Method, the official media reports confirmed.

Interestingly, she had contemplated quitting sports after she could not qualify for the Rio Olympics in 2016. But she kept on training in training camps in Chennai, Thalassery followed by Livorno, Italy under Coach Nicola Zanotti.

In the Individual Women’s Sabre event, Bhavani started her campaign against World No. 61 Azza Besbes of Tunisia in the round of 64. She began slowly and went down 0-4 at the start, but clawed back to eventually take a 10-8 lead before Besbes equalized at 10-10. Then she went to win the match to win 15-10. In the round of 32, she came up against World No. 36 Gabriella Page (CAN), who had just beaten the World No. 3 Sofia Pozdniakova of Russia, the Bridge reports.

Now she is ranked 45th and occupies one of the two available slots based on the AOR ranking.

But experts say, this cannot be taken as a win at Olympics too where she has more brave shows to put up.