Rahul Gandhi addresses a public meeting amid heavy rains during the India Jodo Yatra in Mysore, Karnataka. On the occasion of Gandhi Jayanti, after a full day's journey, when Rahul walked towards the stage to address the people, it started raining. 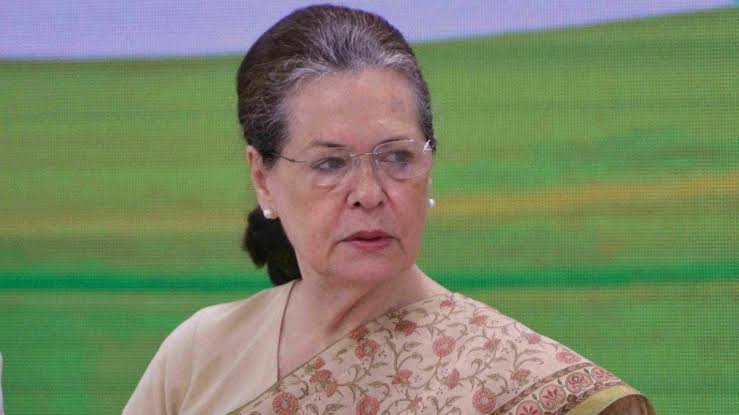 Congress Interim President Sonia Gandhi will take part in the party's Bharat Jodo Yatra in Mandya, Karnataka today. The India Jodi Yatra which started from Kerala has now reached Karnataka. Earlier on Wednesday, Sonia Gandhi worshiped at the temple located in HD Kote assembly constituency on Vijayadashami. Sonia Gandhi had reached Mysuru on October 3 to attend the party's 'Bharat Jodo Yatra' in Karnataka. She is staying in a private resort. Please tell that the Yatra was stopped for 2 days on 4th and 5th October due to Shastra Puja and Vijayadashami.

AICC general secretary in-charge Randeep Singh Surjewala said in a tweet along with photographs that Sonia Gandhi offered prayers at Bhimnakoli temple in Begur village on Vijayadashami. She will take part in the yatra on Thursday morning. The health of the Congress President is not going well for the past few days, so she will join the yatra for a short while and undertake a padyatra. Significantly, after a long gap, Sonia Gandhi will participate in a public program of the party.

Sonia Gandhi has a deep connection with Karnataka. It is said that whenever there has been a political crisis on the Gandhi family, then South India has taken it out with difficulty. Late Prime Minister Indira Gandhi also contested the Lok Sabha elections from the seats of South India. When Indira Gandhi's government was gone after the Emergency, she needed to win from a secure Lok Sabha seat in 1980. In such a situation, he had filed his nomination from Chikmagalur in Karnataka. Indira Gandhi had filed her nomination from Medak in Andhra Pradesh and Rae Bareli in UP. However, later he left the seat of Rae Bareli.

Rahul Gandhi addresses a public meeting amid heavy rains during the India Jodo Yatra in Mysore, Karnataka. On the occasion of Gandhi Jayanti, after a full day's journey, when Rahul walked towards the stage to address the people, it started raining. On this occasion, Rahul did not wait for the rain to stop. He continued the speech drenched. Many of its videos also went viral on social media.