Rahul Gandhi will address a press conference in Dausa in the afternoon. Rahul will be accompanied by the newly elected Chief Minister of Himachal Pradesh Sukhwinder Singh Sukhu and Congress MLAs from there. 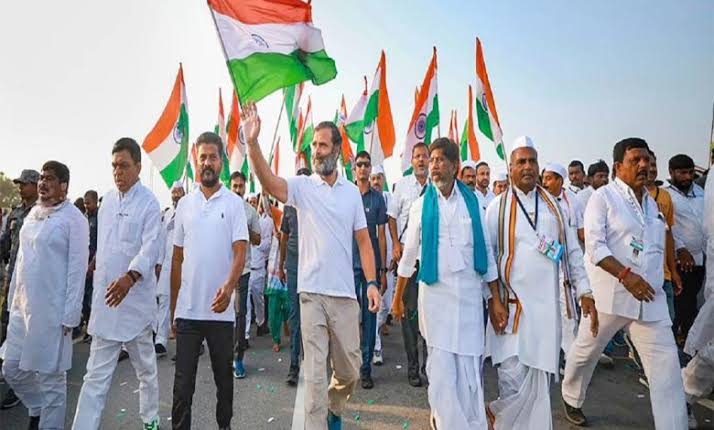 Congress' 'Bharat Jodo Yatra' is completing 100 days today and on this occasion a cultural program 'Bharat Jodo Concert' has been organized in Jaipur. Rahul Gandhi, who is leading the yatra, will also hold a press conference here. Rahul Gandhi will address a press conference in Dausa in the afternoon. Rahul will be accompanied by the newly elected Chief Minister of Himachal Pradesh Sukhwinder Singh Sukhu and Congress MLAs from there.

The Congress party will organize a musical program in Jaipur, in which Bollywood singer Sunidhi Chauhan will perform. Rahul Gandhi, Chief Minister Ashok Gehlot and other leaders will also be present in this. Please tell that this yatra started from Kanyakumari on September 7 and is currently passing through Rajasthan. Covering a distance of 3570 km in 150 days, the journey will end in Srinagar. Rahul Gandhi started his 100th day yatra from Dausa today.

Congress leader Jairam Ramesh told that a huge public meeting will be organized in Alwar on 19th December. Former Union Minister Namonarayan Meena said, 'The yatra is getting tremendous support. Youth, farmers and others expect Rahul Gandhi to do justice to them. He said that the purpose of this yatra is to spread the message of peace, love and brotherhood and to raise issues related to common people. Everyone is looking at Rahul Gandhi with hopeful eyes.