Beyoncé In A Rhinestone Embossed Ensemble Is All You Need To See Today !!!

After all, Who better to do Rhinestones than a Queen !!! 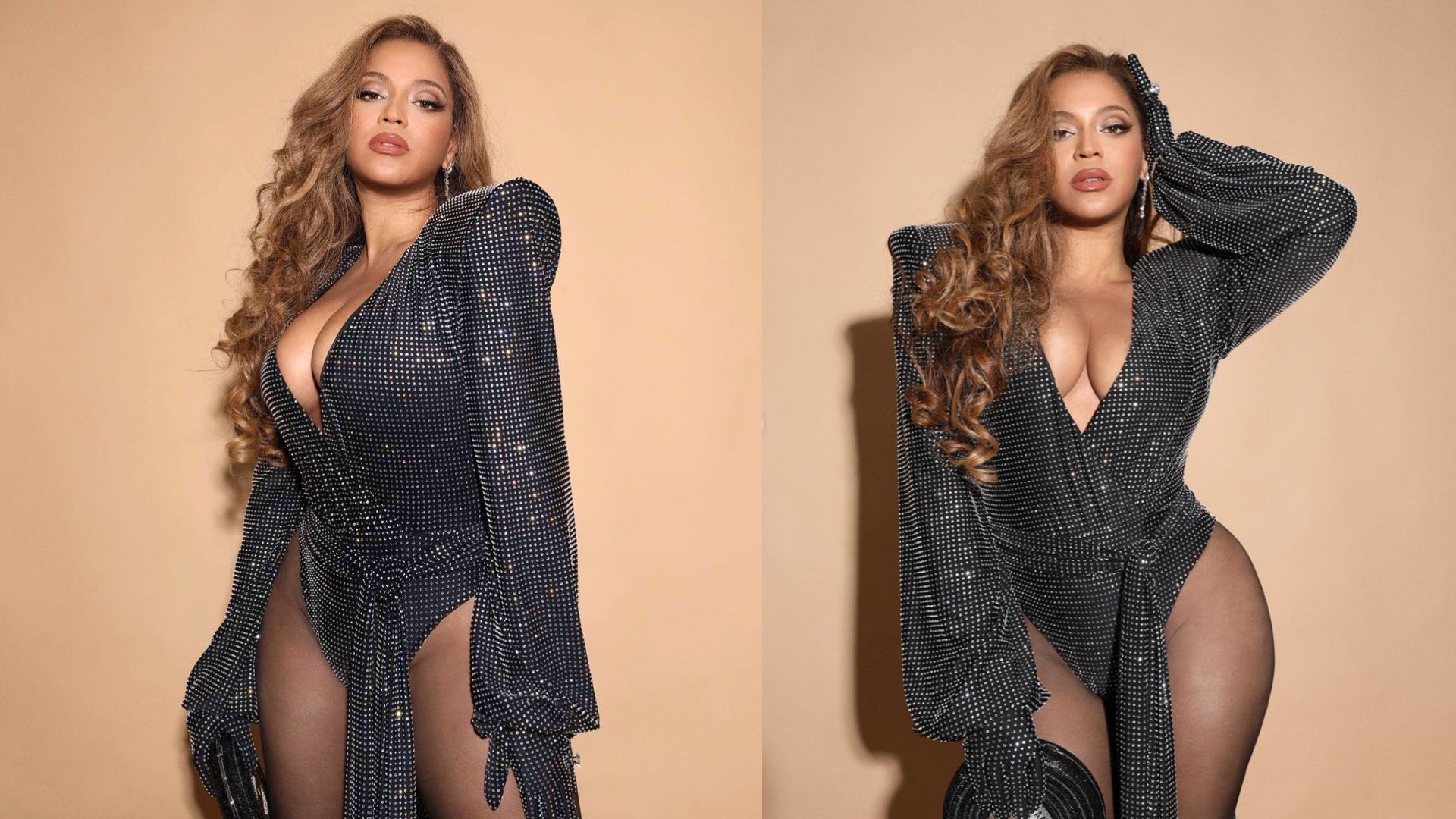 The fact that Beyoncé's reign has been reclaimed would be a rather false statement. If anything, the era has been her’s and will always orchestrate at her command. With her latest album Renaissance topping the Billboard Charts and becoming 2022’s biggest Female Debut, her Majesty has unveiled her crown, and her throne in the Entertainment Industry, yet again. Beyonce’s affinity for being legendary is a tale as old as time, and the latest numbers are a prominent justification. As per Luminate Data, Renaissance debuted with 3,32,000 equivalent album units sold in the US.

Celebrating the success of her highly-anticipated album, which transcendentally taps our feet and invites us to the dance floor, Yoncé took to Instagram and shared snippets of hers, in a custom-made Timothy White. Of course, it was studded with rhinestones. With Sleeves Puffed, Shoulders accentuated, and Slits, thigh-high, the black ensemble was but a Swimsuit- Armor, affixed on an “Embodiment of Artistry”. Encrusted gloves found a mansion on the Formation singer's hands in which she held a clutch, in the form of a vinyl record album of Renaissance (Talk about Iconic).

The trail towards the back was in harmony with the regal element the dress entailed, in tandem with emeralds embossed. Hairs curled, lips nude, heels, similar-hued, the outfit paid homage to the discography the album entails.

After all, Who better to do Rhinestones than a Queen !!!

Fans across the world have been celebrating Queen Bey’s Success, singing and dancing to Beyonce’s tracks. It’s Historic to see the longevity of an Artist whose creative alchemy astounds her fans consistently as it did twenty-five years ago. Smashing Industry Standards has always been Bey’s Hegemony, and she'll continue. Oh, what a privilege it is indeed, to be alive in an era where Beyonce thrives, what flex !!!

Excuse me, while I tap my feet to the rhythm of Break My Soul.