Shruti Das, a Bengali TV actress, revealed she had been ridiculed for her skin tone for the past two years, but she couldn't take it any longer because the attacks have become more personal. 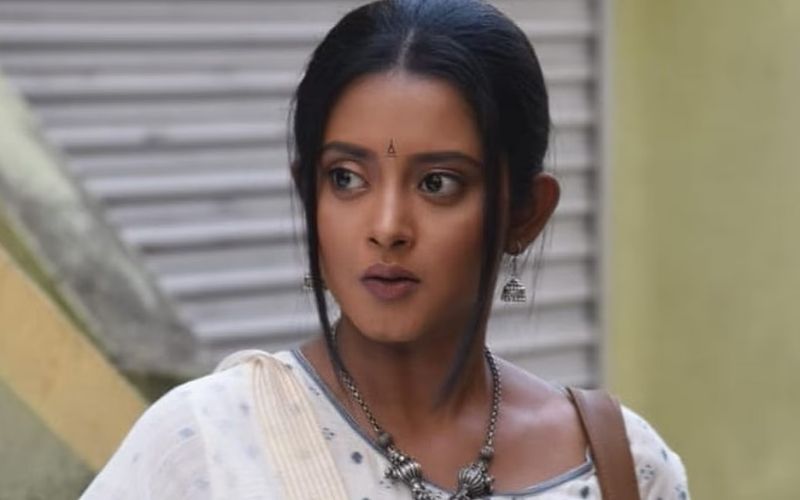 Actors have always been a primary target of internet trolls for a range of factors varying from weight to wardrobe, private affairs and even complexion. Some respond to them on social media, while others choose to ignore them.

A similar case happens to a Bengali TV actress. Shruti Das, often targeted for her dusky skin tone, couldn't take it anymore and filed a cyber complaint with the Kolkata Police.

Das, who made her debut in the Bengali serial Trinayani in 2019, revealed she had been ridiculed for her skin tone over the past two years, and it had reached a point where she couldn't take it any longer since these attacks have become more personal.

The 25-year-old actress, who now plays the lead in Desher Maati, “at first, everyone around me advised me to ignore the trolls, and I accepted. But this only got nastier with time. I am in a steady relationship with the director of my first TV serial, 'Trinayani,' and the hate mob has been making disgusting statements, doubting my integrity and talent since they found out."

“I felt that if I took it any further, it would simply give them more excuses to continue with this hatred,” she added.

The actress was told to email the facts to the Kolkata Police's cyber department after tagging them on Facebook to attract notice to the abusive comments directed at her.

A senior police official stated that the issue was being investigated.

“The cyber cell of the Kolkata Police has received an email from actor Shruti Das regarding the online harassment she has been subjected to as a result of her dusky skin tone."

“In her complaint, the actor stated that she has been subjected to such hatred since 2019. “She also attached screenshots of the social media comments,” the officer explained.

Furthermore, Das stated that many in the industry had made her skin tone a point of contention, with some from the production units claiming that she would not have gotten her second job if she hadn't been given the proper makeup and presentation in the first soap.

She went on to say that she was not the first actor to be chastised because of her skin colour. “Some of my seniors, who are now famous names, have gone through similar situations with their complexion,” Das concluded.

Swarnendu Samaddar, Das' beau and director, stated he tried to shut down the trolls on social media from time to time, but it was ineffective.

“Success in the industry cannot be determined solely by appearances. Talent is more important than anything else. Not only Shruti, but countless others have created a name for themselves via sheer talent. Trolls continue to make rude remarks with little regard for an individual's feelings. Severe measures should be taken against them,” he stated.

Trolls and memes are welcome, scriptwriter and chairman of the West Bengal Commission for Women, Leena Gangopadhyay says, as long as they don't go personal or spread hatred.

Bivas Chatterjee, a cyber law expert, believes that the country's laws governing online crime and bullying should be reinforced.

“Nearly 98% of online crimes go unreported. I'm happy that Shruti Das brought it up and filed a complaint. The legislation allows for action to be taken against her trolls if they make offensive comments,” he said.