Before the Gujarat elections, Another MLA resigned, may join BJP 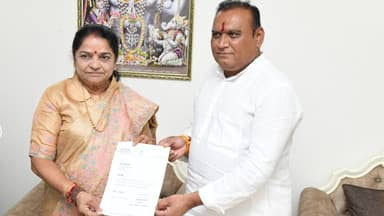 Meanwhile, in the meeting of the BJP's Central Election Committee, which lasted till late last night, about a hundred names have been approved. Candidates have been decided on all 89 seats of the first round. BJP's first list of Gujarat will come in a while.

Gujarat currently has a total of 4.90 crore voters, out of which 2.53 crore are male, 2.37 crore female and 1,417 third gender voters. There are 3.24 lakh new voters. A total of 51,782 polling stations have been set up for voting, there will be 182 model polling stations. Live broadcast of 50 percent polling stations will be done. There will be youth polling teams at 33 polling booths.