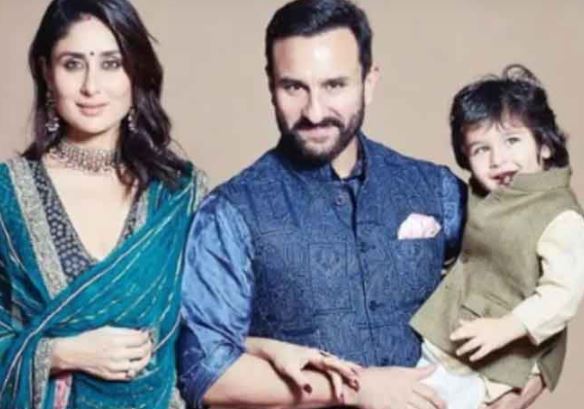 Saif Ali Khan and Kareena Kapoor Khan have announced the arrival of their second baby, a boy, yesterday with Saif thanking their well-wishers for their love and support.

Their first son Taimur Ali Khan is media’s favourite child with social media and newspapers always abuzz with the child’s news and photos. The kid drew attention because of his name as some Islamophobic elements criticised the couple for naming him on a Muslim Emperor.

The birth of his sibling also heralded a new slew of trolling of the couple. Many well-known people including bureaucrats as well as media have again given it a religious slant. The trolling was on worryingly predictable lines. Many liberal and intellectual citizens alarmed with this new trend questioned “Is this what we mean by the new normal?”

The child on his first day on Earth was heavy trolled and people who had nothing to do with the couple shared options for his name ranging from Aurangzeb to Jinnah and Kasab to Tipu Sultan– further evidence, as if any is needed, that the odious theory of “love jihad” has now really taken firm root. It proved that that bigots in this “new India” will never rest.

People and media choose to dive into a newly born’s name in the quest of “controlling Love Jihad bye products” and even with “BoycottBollywood” hashtag keeping aside such important issues like Farmers Protest, Sky-high Petrol prices or the rising Covid cases in the country shows the shallowness that has crept into the country and is alarming to say the least in a democracy.

The recent spate of trolling indicates what shape it will take once the couple officially names the child. We can anticipate that and what some news anchors will discuss in their prime-time debates. “Islamopobe is here and will not leave,” said a revered Sociology Professor from Delhi University on condition of anonymity.