Two people died and 6 people are sick due to suffocation in the accident that took place after Mangala Aarti at Banke Bihari temple in Vrindavan on the intervening night of Friday and Saturday. 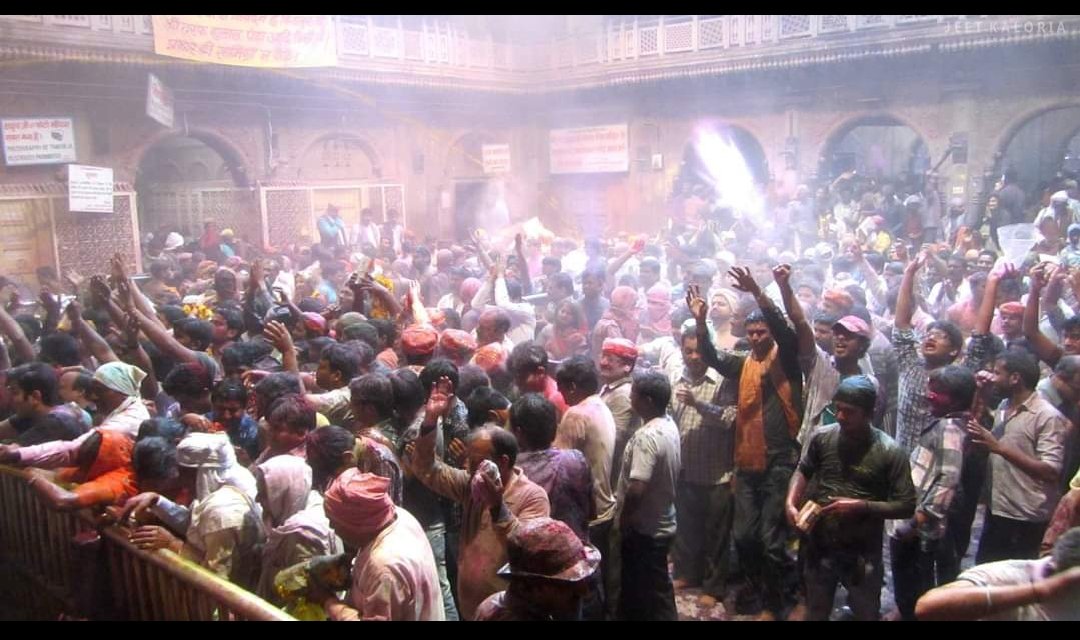 Two people died and 6 people are sick due to suffocation in the accident that took place after Mangala Aarti at Banke Bihari temple in Vrindavan on the intervening night of Friday and Saturday. Eyewitnesses say that the negligence of the officers and VIP culture is responsible for what happened. When the crowd in the courtyard of the temple was becoming uncontrollable, the officers were making videos.

The DM, SSP, and Municipal Commissioner of Mathura were present in the temple along with their families at the time of the incident. The SSP and Municipal Commissioner were making the video while the DM was standing next to it. These officers did not bother to make arrangements even after hearing the cries of the people buried in the crowd, instead, they were busy making videos with the family standing on the balcony of the temple.

Uttar Pradesh CM Yogi Adityanath had come to Vrindavan on Janmashtami. He did not go to the Banke Bihari temple, but he worshiped at the Janmabhoomi. The officers became worried as soon as Yogi left Vrindavan. The servants and devotees of Banke Bihari temple told that there was no one to control the crowd after the departure of the CM.

People told that there was no barricade at any entry gate of the temple. There were barricades in one or two places, so there was no policeman stationed to stop the people. The result of this was that people kept coming inside the temple from the exit gate along with the entry. During the aarti, the situation in the courtyard of the temple became uncontrollable.