A K Abdul Momen, Bangladesh Foreign Minister, says “In many sectors, Bangladesh is far ahead of Shah’s country” 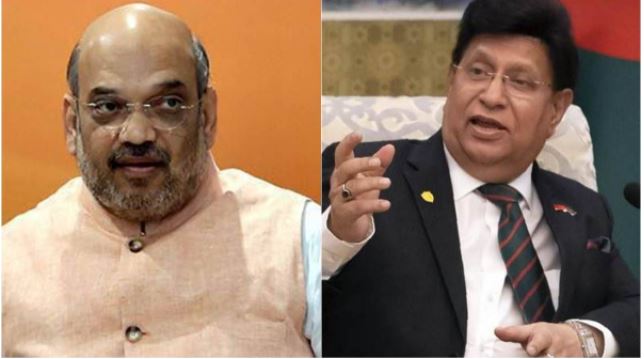 A country which was amongst the closest friends of India has now been made to give statements which will surely hurt India and its stature in the world polity.

In the heat of elections in West Bengal and true to its politics of majority appeasement Amit Shah had downgraded Bangladesh with his statements and with it has tried to malign the image of minorities in the country.

Even though no major political or religious group from India rebuffed his statements, which was crude keeping in view that it was being made against one of the closest allies of the country, the Bangladeshi Foreign Minister has humiliated the Union Home Minister Amit Shah, merely by sharing facts.

Responding to Amit Shah’s comments that poor people of Bangladesh come to India as they don’t have enough to eat in their own country, Bangladesh foreign minister A K Abdul Momen said that the minister’s knowledge of Bangladesh is “limited”. He further added, “In many sectors, Bangladesh is far ahead of Shah’s country.”

Not stopping there, he hit back where it hurts the most saying “There is a shortage of jobs for educated people in Bangladesh, but no such scarcity for the less educated. Besides, over 1 lakh people from India work in Bangladesh. We do not need to go to India.”

Momen’s remarks came when he was asked about Shah’s comments published in the Indian media. The Bangladeshi minister said, “Prithibi-te onek gyani lok aachhen, dekheo dekhen na, jeneo janen na. Tobe teeni (Amit Shah) jodi seta bole thaken, aami bolbo, Bangladesh niye taar gyan seemito. Aamader desh-e ekhon keu na kheye morey na. Ekhane kono monga-o neyi. (There are many wise people in this world, some who don’t want to see even after looking, they don’t want to understand even after knowing about it. But, if he (Amit Shah) has said that, I would say that his knowledge about Bangladesh is limited. Nobody dies of hunger in Bangladesh. There are no Monga (seasonal poverty and hunger in northern districts of Bangladesh).”

Shah had said while electioneering that the poor people of Bangladesh come to India as even now they do not get enough to eat in their own country. Infiltration from Bangladesh will be stopped if BJP comes to power in West Bengal, he said.

Stressing that Bangladesh is ahead of India on many social indices, Momen said while almost 90 per cent of the people in Bangladesh use fairly good latrines, over 50 per cent people in India do not have proper toilets.