Fortunately, no one was injured as a result of this incident, according to airport officials. The fire, on the other hand, heavily damaged a site measuring 24 metres in length and 12 metres in width on the airport's tarmac. 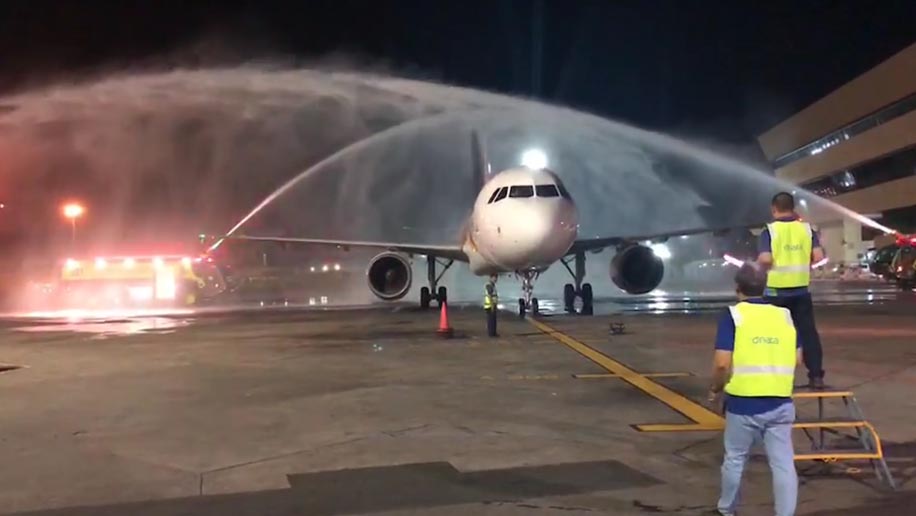 Reported first by The Standard, the cargo pallets caught fire just before being loaded onto a plane (flight number RH331) yesterday, while they were waiting on the tarmac.

The fire started about 5:08 a.m. The flames that exploded in one pallet quickly spread to others nearby, causing the contents to fall out. A rescue team quickly arrived at the scene, and after a 40-minute effort, they were able to extinguish the fire at 5:56 a.m. The flight was supposed to take off at 6:25 a.m.

Photos posted online showed the classic Vivo blue and white logo boxes, as well as many smartphones that had been burned to a crisp on the tarmac.

Fortunately, no one was injured as a result of this incident, according to airport officials. The fire, on the other hand, heavily damaged a site measuring 24 metres in length and 12 metres in width on the airport's tarmac.

In a statement to Android Authority, Vivo said, "We found that a shipment of goods, some of which were Vivo items, got burned on the parking apron of Hong Kong International Airport on April 11. We have paid careful attention and formed a special team to work closely with local authorities to ascertain the cause.”

This mishap is somewhat similar to what happened with the Samsung Galaxy Note 7, which was and still is prohibited from being taken on a flight anywhere in the world after many devices caught fire spontaneously due to a design flaw in the system.

This ultimately resulted in a major system rollback. It will be fascinating to see if other airlines around the world follow suit with Vivo tablets.