The Bhartiya Janata Party leader and a minister in the Uttar Pradesh government, Dharam Singh Saini has resigned from the party. 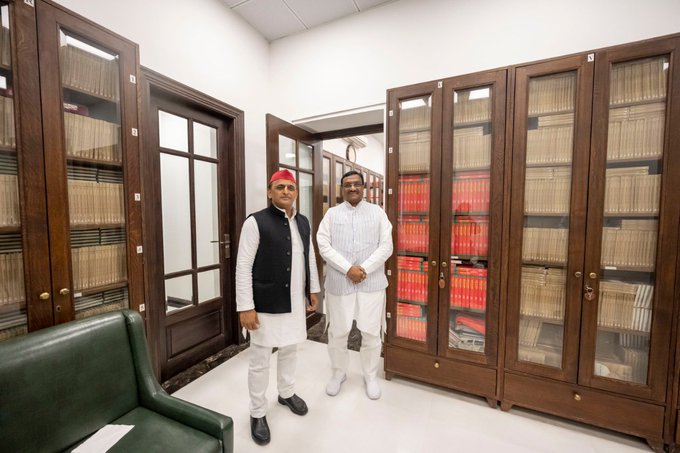 The Bhartiya Janata Party leader and a minister in the Uttar Pradesh government, Dharam Singh Saini has resigned from the party. He happens to be the third minister of the state cabinet of CM Yogi Adityanath in Uttar Pradesh who has decided to quit the party.

Saini had earlier said that he would not leave the party and stay with it. However, his resignation has surprised many people. It is now anticipated that he would join the Samajwadi Party under the leadership of Akhilesh Yadav.

Though Saini hasn’t made any statement about his future course of action as of now, Yadav has tweeted a picture with him and welcomed him to his party. Yadav said that in 2022, communal harmony will win the election.

He wrote, “With the arrival of Dr. Dharam Singh Saini ji, another warrior of 'Social Justice', our 'positive and progressive politics' has got more enthusiasm and strength. Hearty welcome and greetings to him in SP!,

According to reports, after the resignation of Swami Prasad Maurya, Saini had not only criticised him but had said that he would remain in BJP and not leave for any other political party.

Interestingly, earlier the two ministers and five other leaders who have left the BJP had also maintained a similar stand but ditched BJP in a surprising move.

Saini had joined the BJP in 2016 along with Swami Prasad Maurya. He had left Bahujan Samaj Party (BSP) led by Mayawati then.