Apart from Saudi Arabia, Qatar, and other countries in the region, Al Azhar University in Egypt has criticized the statement of the BJP spokesperson sharply. 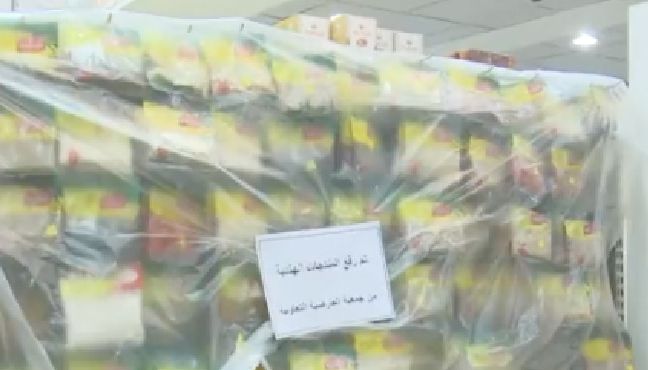 The issue of the displeasure of the Gulf countries over the remarks of two BJP leaders on the Prophet Muhammad continues. A supermarket in Kuwait has removed Indian products from its shelves. Iran became the country in the Middle East to summon an Indian envoy over the remarks of a BJP functionary on Prophet Muhammad. Calling the comments as anti-Islam, the stores of Al Ardiya Co-operative Society have deposited Indian tea and other products in trolleys. Apart from Saudi Arabia, Qatar, and other countries in the region, Al Azhar University in Egypt has criticized the statement of the BJP spokesperson in sharp words. Taking action, BJP has suspended the spokesperson Nupur Sharma.

The store's chief executive officer (CEO) Nasser Al Mutairi told the AFP news agency, "As Kuwaiti Muslims, we cannot tolerate the disrespect of the Prophet." An official of this chain said that the boycott at the company level is also being considered. There is a lot of resentment among Muslims about the comment of Bharatiya Janata Party spokesperson Nupur Sharma. Last week, this comment by Nupur Sharma on TV was cited as the reason for the protests in Uttar Pradesh. His arrest was demanded in the demonstration.

The Indian government has termed the comments "inappropriate" and "narrow-minded". "New Delhi holds the highest respect for all religions," said Arindam Bagchi, official spokesperson of the Ministry of External Affairs. He said, "Aggressive tweets and inappropriate remarks were made against a revered personality by some individuals. These comments do not reflect the views of the Government of India in any way.