Ayushmann Khurrana and Sachin Tendulkar are seen playing a game against each other's team on behalf of UNICEF. 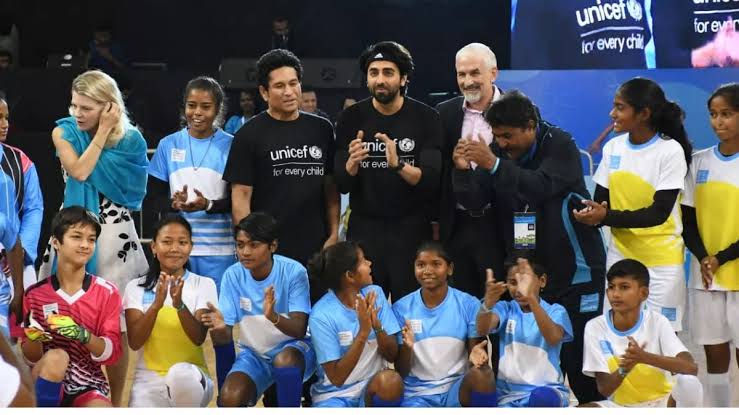 There is always a synergy between sports and Bollywood. Film stars are often seen with cricketers and other sportspersons. Now these days two biggies of Bollywood and cricket world are seen playing matches together. Yes, we are talking about Bollywood veteran actor Ayushmann Khurrana and cricketer's master blaster Sachin Tendulkar. Both of them have been seen playing a football match together, the video of which is going viral.

In the video, both are seen in black dress and are seen playing a great match against each other's team. This video of Ayushman Khurana and Sachin Tendulkar is becoming increasingly viral on social media. The fans of both are very fond of the video. Also giving your feedback by commenting. Let us tell you that very soon Ayushmann Khurrana is going to be seen in the film An Action Hero. Recently the trailer of the film has been released, which was well received.