The Government has taken various measures to make Kabaddi popular in India and abroad. It has also included Kabaddi in Khelo India Youth Games and Khelo India University Games. 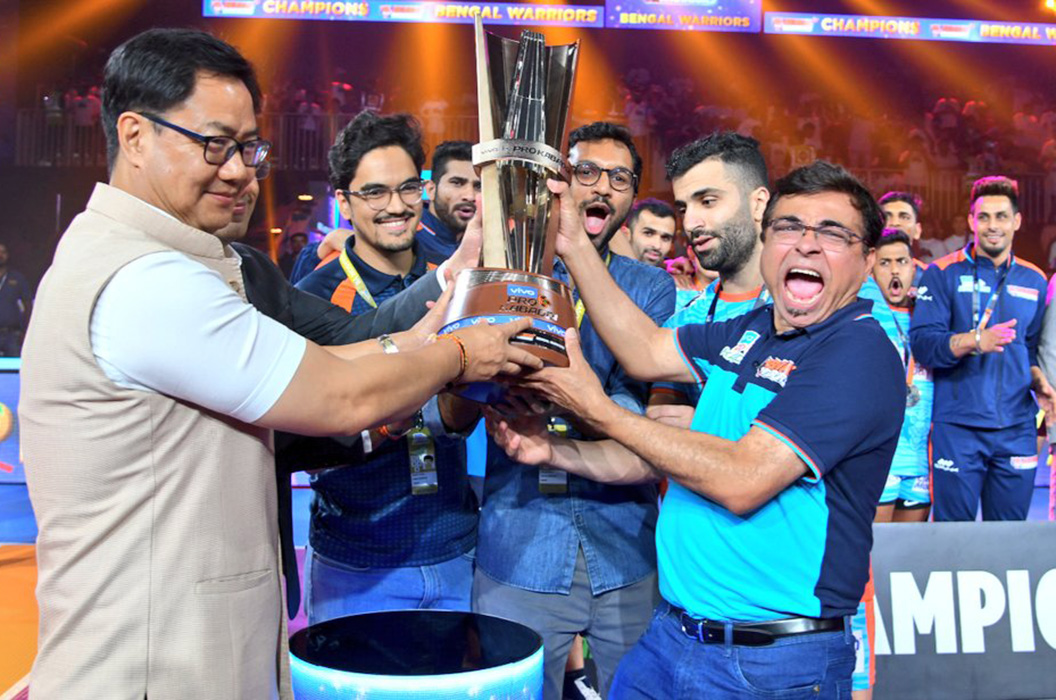 The Government has taken various measures to make Kabaddi popular in India and abroad.

The Union Minister of State (IC) for Youth Affairs and Sports, Kiren Rijiju said in a written reply in Lok Sabha on September 17.

He said that 126 athletes of Kabaddi have been selected under the Talent Search and Development vertical of the Khelo India Scheme for Long Term Athlete Development Programme and for the coaching of sportspersons of Kabaddi discipline in SAI facilities.

"Further, for promotion and development of Kabaddi, the Ministry is supplementing the efforts of the Amateur Kabaddi Federation of India by providing support for training and competitive exposure within the country and abroad," Rijiju said.

He added that the inclusion of any sports discipline in the Olympic Games is decided by the International Olympic Committee (IOC).

"Among other things, IOC has prescribed that a sport discipline must be governed by an International Federation which undertakes to follow the rules of the Olympic Charter and it must also be practised widely across the world and meet various criteria," he said.