Australia defeat India by 12 runs in the third T20

India lost to Australia by 12 runs in the third and final T20 International cricket match in Sydney on December 8. 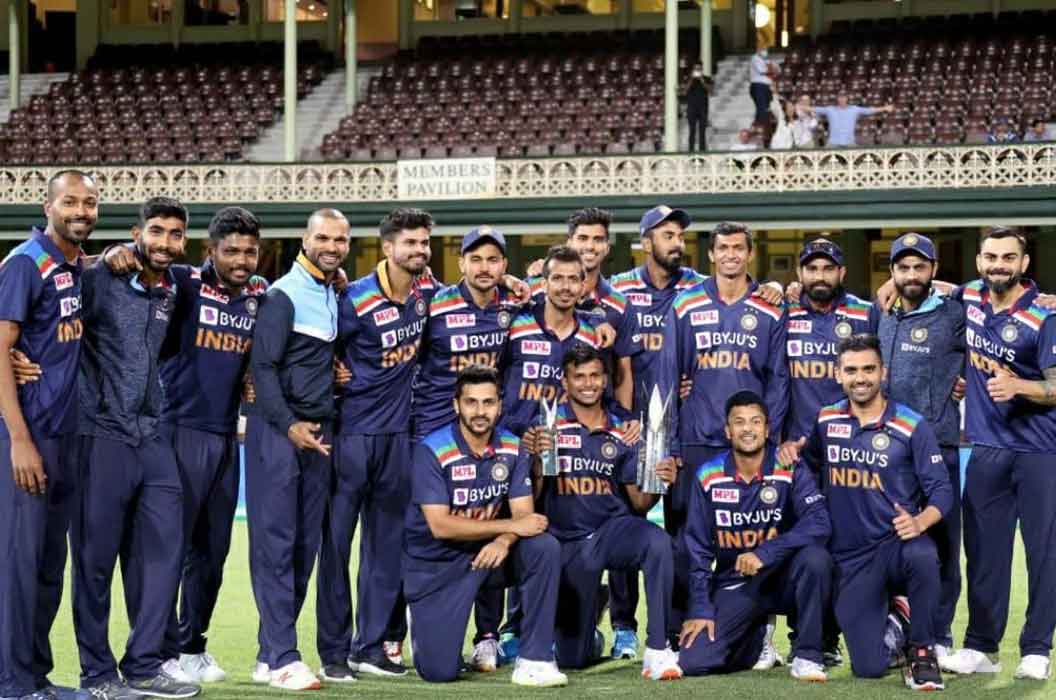 India lost to Australia by 12 runs in the third and final T20 International cricket match in Sydney on December 8.

Indian captain Virat Kohli played a wonderful inning as he scored 85 runs but that didn’t help defeat Australia as the host did well with the ball and avoided a series whitewash by 2-1.

In the first two matches, India had defeated Australia.

Playing for Australia Matthew Wade and Glenn Maxwell did a good job as both scored half-centuries to help Australia reach a target of 187 runs for India to chase.

While wade took 53 balls to score 80 runs, Maxwell contributed with 54 valuable runs to put a decent total which was not quite easy to reach.

Unfortunately, the Indian team couldn’t provide a good partnership and none of them came as good support to captain Kohli.

Even the Indian team won the toss and chose to bowl. They started well and bowled very well initially. Washington Sunder got Aaron Finch out in the second over of the match but they didn’t capitalise on that.

Besides India’s fielding was not up to the mark and the fielders didn’t live up to the expectations. Maxwell was dropped on two occasions. Had he been eliminated early, Australia might not have scored so much.

In fact, Virat Kholi was dropped twice too but Australia bowlers bowled some excellent deliveries which Indian players fell prey to.

After the loss, India’s winning streak in T20 also ended as the team had won ten T20 matches continuously and this was the eleventh tie.