Suu Kyi, alongside with three of her deposed cabinet ministers, and a detained Australian economic advisor, Sean Turnell, were charged under the official secrets law a week ago in a Yangon case, according to her chief lawyer, Khin Maung Zaw, to Reuters via telephone, who said he heard of the latest charge two days ago. 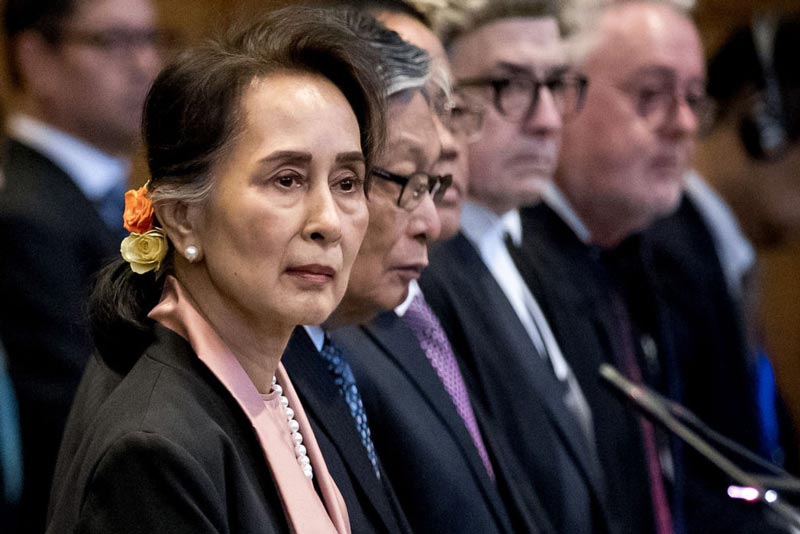 Myanmar's detained leader, Aung San Suu Kyi, has been accused of breaking a colonial-era official secrets law with four of her allies, as per her lawyer on Thursday. This is the most critical allegation levelled against the veteran opponent of military rule.

Myanmar has been battered by protesters against the army after the army overthrew Suu Kyi's elected government on February 1st, citing unsubstantiated allegations of fraud in a November election that her party swept.

And, according to several telecoms outlets, the junta has ordered internet service providers to shut down wireless broadband networks until further notice in an attempt to stifle contact about the turmoil. Since the coup, Suu Kyi and other members of her National League for Democracy (NLD) have been arrested, and the junta has accused her of several minor crimes, including illegally importing six handheld radios and violating coronavirus protocols.

Suu Kyi, alongside with three of her deposed cabinet ministers, and a detained Australian economic advisor, Sean Turnell, were charged under the official secrets law a week ago in a Yangon case, according to her chief lawyer, Khin Maung Zaw, to Reuters via telephone, who said he heard of the latest charge two days ago.

A conviction under the law can result in a 14-years prison term. A spokesman for the junta did not answer telephone calls seeking comment.

75 years old, Suu Kyi was honoured the Nobel Peace Prize in 1991 for her efforts to bring democracy to Myanmar, appeared via video link for a hearing on the earlier charges on Thursday. Min Min Soe, another of her attorneys, said she appeared to be in good health.

According to the advocacy organisation Assistance Association for Political Prisoners (AAPP), at least 538 civilians have been killed in anti-coup demonstrations, with 141 of them killed on Saturday, the bloodiest day of the unrest.

According to media reports, on Thursday protesters were back out in several places and two more people were killed as activists burned copies of a military-drafted constitution and called for solidarity among all those opposed to army rule. According to the Monywa Gazette, security forces did open fire in the central town of Monywa, killing one person and wounding five others. Security forces also opened fire in Mandalay, Myanmar's second-largest city, killing one person, according to media reports. Shots were fired, and black smoke billowed from Myanmar's ancient royal capital. The police and a military spokesman, on the other hand, did not return calls seeking comment.

In a country where few people have access to fixed-line networks, the suspension of wireless internet connections has almost cripple communications about the protests.

Myanmar's old conflicts have erupted again as a result of the coup. In clashes with the Kachin Independence Army (KIA), one of Myanmar's most strong rebel groups, at least 20 soldiers were killed and four military vehicles were burned, according to DVB news. Following the army's takeover, city-based democracy activists and ethnic minority forces battling in border regions have called for a united opposition.

Ousted members of parliament, mostly from Suu Kyi’s party, have vowed to create a federal democracy to resolve a long-standing demand for autonomy from minority groups. They also declared that the military's 2008 constitution, which enshrines its power over politics, will be repealed. The military has long opposed federalism, seeing itself as the unifying force in a fractured nation.

Social media reports showed actual and symbolic copies of the constitution being burned at rallies and in homes.

“The new day begins here!” Dr Sasa, the international envoy for the ousted parliamentarians, tweeted, referring to what for now is not a change that proponents can make.

Below is a link to my interview with Channel4https://t.co/QeBO9Qg7mH

On Thursday, following the coup, Britain's Next joined a growing list of European clothing retailers in suspending new production orders with Myanmar factories.