The alleged focus of the meeting was settling the internal feud between Punjab Chief Minister Amarinder Singh and in-house critic Navjot Singh Sidhu. 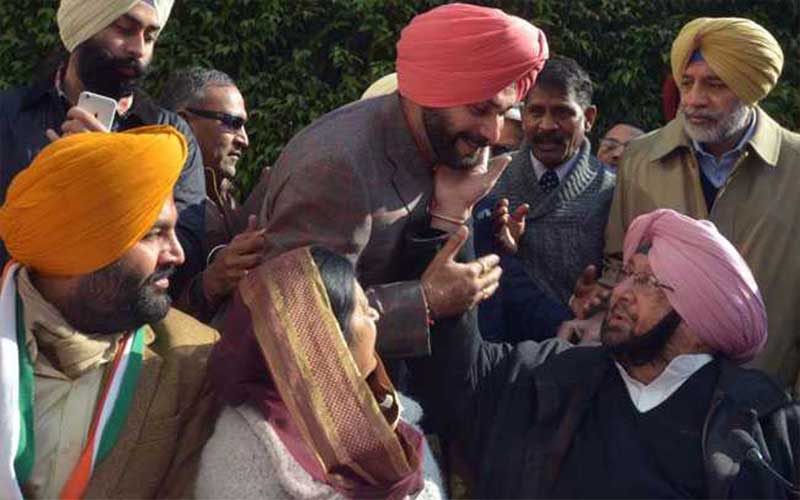 Mr Kishor was instrumental in bringing Mr Sidhu to the Congress just before the Punjab polls. Mr Sidhu, who quit as a BJP Rajya Sabha member, was believed to be dwindling between the Congress and Arvind Kejriwal's Aam Aadmi Party (AAP).

But not long after the Congress won Punjab, Amarinder Singh and Mr Sidhu fell out. Two years later, the cricketer-turned-politician felt sidelined and quit the Punjab cabinet.

Although Amarinder Singh met with Congress president Sonia Gandhi in Delhi and later told reporters: " Whatever is the decision, whatever the Congress president wants, we will follow it.", Mr Singh has reportedly been resistant to ideas that involve a massive upgrade for Sidhu in the Punjab government.

Meanwhile, Mr Sidhu who has been documenting his feelings through a series of tweets, has shifted his target from Amarinder Singh to the Congress's Punjab rivals AAP and Akali Dal. Today, his seemingly sarcastic tweets on AAP are read as a possible hint to move to Arvind Kejriwal's party.

However, some sources said Mr Kishor's meeting with the Gandhis is not necessarily state-specific but part of a "bigger strategy". This is Rahul Gandhi's first meeting with Mr Kishor since they collaborated in the Congress's failed campaign for the Uttar Pradesh election in 2017. when the Samajwadi Party-Congress alliance flopped and the BJP came to power.