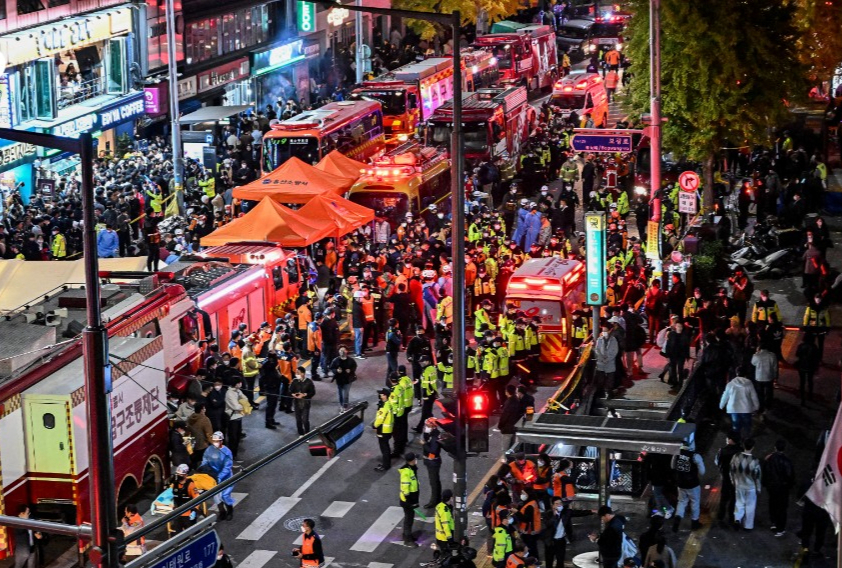 A video of a market in Seoul, the capital of South Korea, is becoming fiercely viral on social media. In this video, several cops are seen trying to lift around 50 people who have fallen on the road due to cardiac arrest. According to the information received, so far 151 people have been reported killed in this incident, while 100 people have been injured. People present there have suffered cardiac arrest after a stampede during the Halloween event in Seoul's market.

According to local news outlets, around 1 lakh people attended the event. All these people had gathered in the megacity's central district of Itaewon to celebrate Halloween on Saturday night. The police is currently investigating the whole matter.

According to the report of The Korea Herald, dozens of people fainted near a hotel just before midnight local time. After this, the police were informed about it. Fire officials said they had received 81 such complaints till 11.30 pm, in which people were talking about the difficulty in breathing.

Hyunsu Yim, a reporter for The Korea Herald, tweeted: "The full scene of chaos in Itaewon as of Halloween night has just turned into a major security threat, with at least several party-goers being taken away in ambulances. He has also shared two pictures.