Assembly Election 2022: Election concoction has been done in five states including UP, elections will be held in 7 phases

Giving some guidelines regarding the corona epidemic, the Central Election Commission has announced election dates for five states including Uttar Pradesh. Voting will be held in maximum 7 phases in Uttar Pradesh. 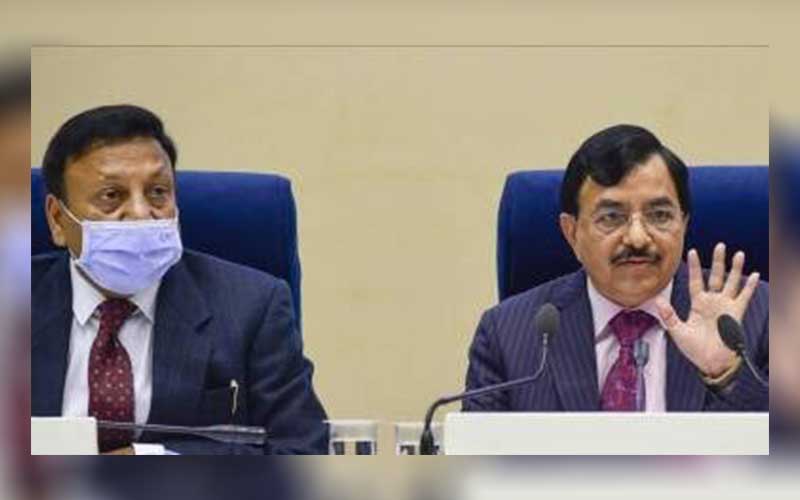 Giving some guidelines regarding the corona epidemic, the Central Election Commission has announced election dates for five states including Uttar Pradesh. Voting will be held in maximum 7 phases in Uttar Pradesh. The election results will be out on March 10. Chief Election Commissioner Sushil Chandra said in Vigyan Bhawan that the voting time has been extended by one hour in all the 5 states including UP. Apart from this, any kind of rally, road show, bike rally, street gatherings have been banned in all the states till January 15.

The election code of conduct has come into force in Uttar Pradesh, Punjab, Uttarakhand, Goa and Manipur as soon as the elections are announced. Now the state administration will have to apprise the Election Commission about many administrative decisions of these states. Uttar Pradesh with 403 assembly seats will vote in 7 phases. Apart from this, polling in Uttarakhand and Punjab is to be held in a single round on February 14. The first round of voting in Uttar Pradesh will be held on February 10.

Earlier, Chief Election Commissioner Sushil Chandra said that we have to be sure to come out of the epidemic. He started with a lion explaining the rules. Sushil Chandra said, 'If sure there is a way out, the lamp burns even with the wind. The Election Commissioner said that most people in Uttarakhand and Goa have had both doses. 90% of adults in UP have had at least one vaccine.