Despite the budget being approved by the House, the works of the water board were stopped. They tried to stop the projects earlier. When the projects did not stop, they stopped the funds but the work of cleaning Yamuna is going on. 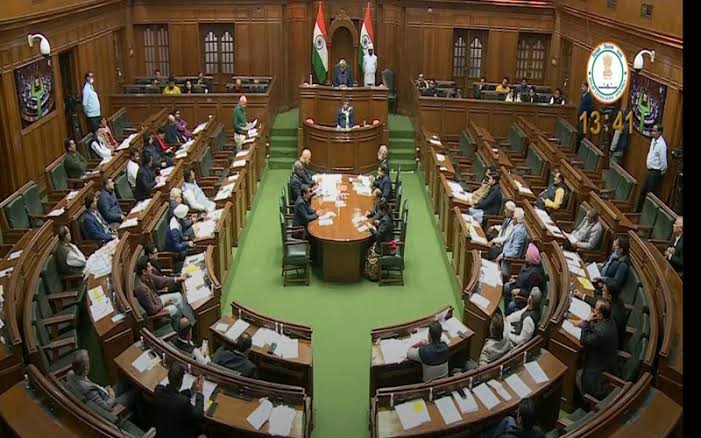 In order to accelerate Chief Minister Arvind Kejriwal's vision of cleaning the Yamuna, the Delhi Legislative Assembly on Thursday approved a supplementary grant of Rs 1028 crore for the cleaning of the Yamuna and the Delhi Jal Board. Deputy Chief Minister and Water Minister Manish Sisodia tabled the demand for supplementary grant for Yamuna cleaning and the House approved it. In the House, Sisodia said that the LG made every possible effort to stop the Yamuna cleaning work by putting pressure on the officers. Despite the budget being approved by the House, the works of the water board were stopped. They tried to stop the projects earlier. When the projects did not stop, they stopped the funds but the work of cleaning Yamuna is going on.

Delhi government will never let the work of cleaning Yamuna stop. He shared that the government has not only released the stuck money of Delhi Jal Board, but has also released an additional budget of Rs 1028 crore for cleaning Yamuna. So that the work of cleaning the Yamuna can be expedited. Sisodia said that the work of cleaning Yamuna is not going to stop. If the Yamuna remains clean before the next elections, the Yamuna will remain clean. Whatever has to be done for this – we will do whatever we have to do. The Delhi government is working on a war footing in this direction. He told that Chief Minister Arvind Kejriwal himself has made cleaning of Yamuna his priority and himself has kept a close watch on each and every aspect and daily 1-1 drains, sewage treatment plant is working or not, how much work is being done. , takes progress reports from the officials regarding where the treated water is being used etc.

It is worth mentioning that in addition to the supplementary grant for Yamuna cleaning, the government has decided to increase the pace of progress of Delhi and speed up the works of public interest, by the Delhi Assembly, an additional fund of Rs 100 crore in the Mukhyamantri Sadak Yojana for the year 2022-23. 49 crores for trans-Yamuna area work, additional fund of about 800 crores for road maintenance of PWD, construction of additional classrooms, re-modelling of hospitals etc., 75 crores for irrigation and flood control department, 8 crores for Chhath Ghats An additional amount of 25 crores for giving honorarium of Rs 1-1 crore to the martyrs, additional 50 crores for Chief Minister's pilgrimage scheme, 75 crores for SCST Welfare, 50 crores for DGHS, 364 for hospitals fund Crore rupees, 78 crore for higher education, 199 crore for Samagra Shiksha Abhiyan, 130 crore for uniform subsidy, 114 crore for mid day meal, 60 crore for law department, under Kejriwal government scheme for betterment of lawyers 10 crores and for various items of Delhi High Court and Civil Court An additional fund of Rs 311 crore has been approved.