As per the latest official data, at least 24,681 people across six districts have been affected so far. 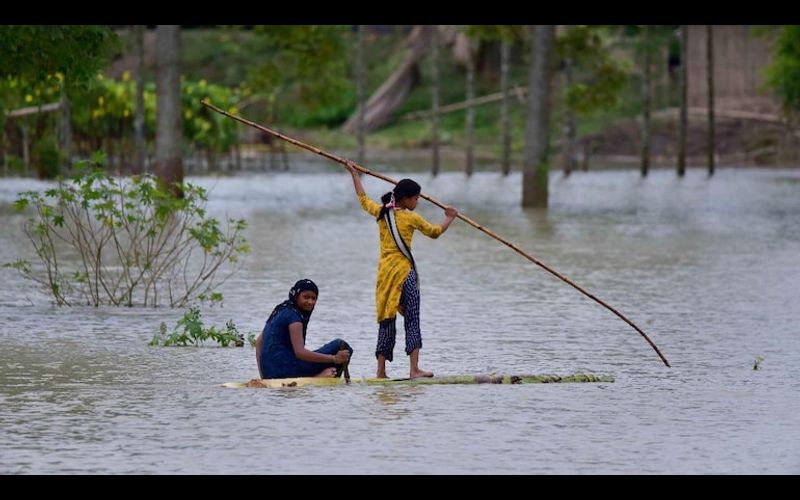 The state of Assam has witnessed the first wave of floods this year. Around 25,000 people across six districts of Assam have been affected by it. As per the latest reports, three people including a woman died in landslide incidents in the Haflong area in the Dima Hasao district on Saturday.

According to the flood reports of Assam State Disaster Management Authority (ASDMA), till May 14, a total of 24,681 people in 94 villages in six districts - Cachar, Dhemaji, Hojai, Karbi Anglong West, Nagaon, and Kamrup (Metro) have been affected in the first spell of a flood.

This has happened after it rained cats and dogs in Assam and neighboring states-- Meghalaya, and Arunachal Pradesh. Due to the incessant rains, in the past couple of days, the water level of several rivers is gradually increasing and the water in the Kopili river is flowing above the danger level mark.