Assam Assembly election 2021 results: Another term of NDA alliance in the northeast state

Panda gave credit to Narendra Modi and Amit Shah for their dedication to the development of Assam’s infrastructure, implementation of policies and schemes, resolution of Bodo dispute, decline in infiltration and no occurrence of communal riots. 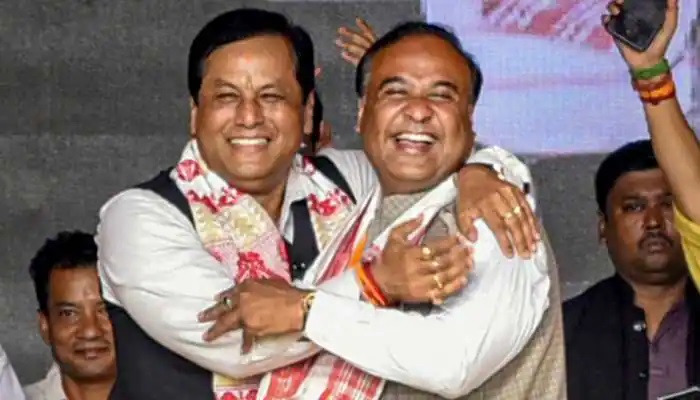 The Assam assembly polls are currently being counted and BJP is well ahead of the Congress-led coalition. According to election patterns visible on the Election Commission website, the BJP-led NDA is ahead in 77 of the 119 seats. BJP is commanding in 62 seats while its allies AsomGana Parishad is leading in 10 seats while United People’s Party, Liberal is ahead in 8.

The ferocious anti-citizenship amendment Act protests in the state of Assam were believed to hurt the campaign of BJP led coalition’s campaign to retain power in the north east state, but it seems the coalition experienced a smooth ride to victory.

The Congress had taken a firm anti-CAA stand, promising that if it wins power in Assam, it will not enact the legislation. It was one of the five promises made to voters by the Congress campaign in the state. However, Congress only led the election results in 26 seats.

Despite the BJP's resounding victory in Assam, it seems the party would have a difficult time selecting a chief minister candidate. BJP campaigns for an incumbent chief minister in states where it wants to keep power usually, but SarbanandSonowal has not been named as the party's chief ministerial candidate in Assam yet.

In recent years, HimantaBiswaSarma has evolved as the BJP's star in the state. His handling of the Covid-19 situation and his performance as the finance minister has enabled the BJP to gain a strong advantage in Assam.

He is regarded as the cornerstone of the party in the northeast, and he is said to have Shah's confidence regarding the state affairs of the party. However, the party must have a compelling cause to succeed Sonowal, who served immaculately in his previous term as the Chief Minister.

BJP vice-president and in charge of Assam, Jay Panda when questioned who would be the chief minister of Assam said, “Our Parliamentary Board will take a decision.”

Panda gave credit to Narendra Modi and Amit Shah for their dedication to the development of Assam’s infrastructure, implementation of policies and schemes, resolution of Bodo dispute, decline in infiltration and no occurrence of communal riots. All of which helped the NDA alliance to regain power in the state of Asaam.