Star Sports kick-starts the celebrations ahead of the marquee tournament with their new campaign. Through the aperture of IPL, the campaign channelizes the anticipation of fans, waiting to see their favourite teams battle it out for the playoffs and the title. 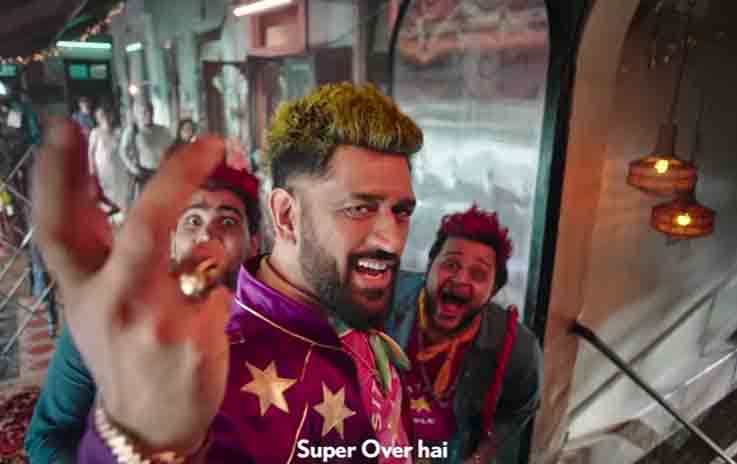 Mumbai: Following a brief pause earlier this year, IPL 2021 returns to enthrall viewers and fans with the best cricketing action. Star Sports kick-starts the celebrations ahead of the marquee tournament with their new campaign – ‘#AsliPictureAbhiBaakiHai’. Through the aperture of IPL, the campaign channelises the anticipation of fans, waiting to see their favourite teams battle it out for the playoffs and the title.

Speaking about the IPL 2021 resumption campaign, Sanjog Gupta, Head – Sports, Star and Disney India said,“There is a great deal of anticipation for the resumption of  IPL 2021. Teams and players typically up the ante on the field, play top Cricket and are at their competitive best in the final weeks of  IPL, which means fans can look forward to higher intensity, impossible heroics and nail-biting finishes in the month-long spectacle.And this is the proposition of our campaign - #AsliPictureAbhiBaakiHai. That, like a blockbuster, there are many twists and turns, highs and lows, thrills and spills in store. So, whether you watched the first 'half' or not, the second half from September 19 is unmissable.Star & Disney India is also committed to continue delivering the most engaging and immersive broadcast of the tournament across TV & digital platforms. Multiple regional feeds,world class presentation, enhanced viewing experiences and technology innovations will delight millions of viewers."

A treat for diehard cricket fans, the campaign, conceptualized by the creative team of Star Sports, brings back the true spirit of India’s most loved tournament with its catchy tunes and funky colours. ‘Thala’ MS Dhoni’s jazzy entry, paired with an addictive jingle, sets the mood for ‘Asli Picture AbhiBaakihai’ and exemplifies the spark and nostalgia that the IPL brings along. Keeping in mind the nationwide fandom for the tournament, the campaign TVC will be released in multiple languages including Hindi, Tamil, Telugu, Kannada, Bengali, and Malayalam.