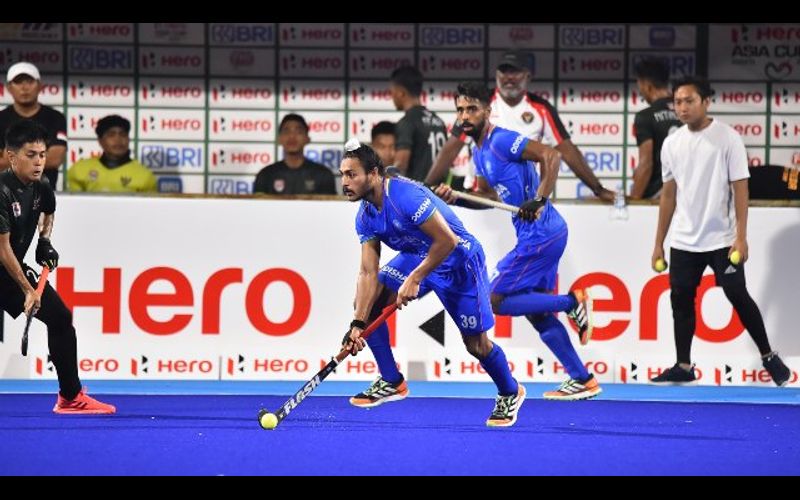 Team India, full of youth, defeated Japan 2-1 in the Super-4 match of the Asia Cup hockey on Saturday evening. With this, the account of the defeat received during the league match was settled. In the league match, Japan defeated India by 2-5 goals. Manjit Singh scored the first goal for India. In the 34th minute of the game, Pawan Rajbhar scored the second goal.

India had taken a 1-0 lead over Japan at the end of the first quarter. In the 18th minute of the second half, Japan got a penalty corner which the team converted into a goal. Japan's Neva scored a goal to level the score at 1-1. After this, no goal was scored from India in the second half and till the halftime, the score of both was equal to each other.

In the third quarter, the Indian team made a strong start and in the 34th minute of the game, Pawan Rajbhar scored the second goal for India to give the team a 2-1 lead. During this, Japan's team tried a lot, but in front of India's strong defense, one of these teams did not work. At the end of the third quarter, India maintained a 2-1 lead over Japan.

After this, the good performance of the Indian team continued in the fourth quarter also under the captaincy of Birender Lakra. The mistakes that India made in the league match against Japan were less visible this time. In the fourth quarter too, India did not allow Japan to score a single goal and won by maintaining a 2-1 lead till the end of the game.

Japan, South Korea, and Malaysia have made it to the Super-4 along with India. The four teams that reached the Super-4 round of the competition will now play three matches each. After this, the final match will be played between the top 2 teams.