Former veteran batsman Dravid was found positive for the virus in routine tests before the team's departure for the continental tournament but has now fully recovered from the infection. 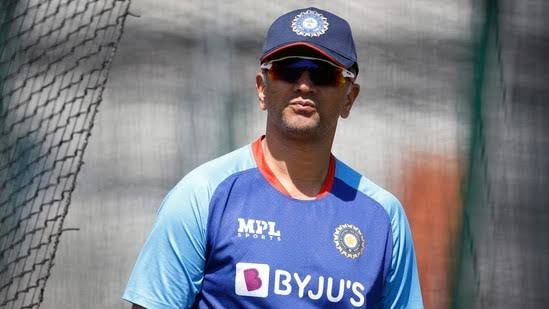 Indian cricket team will start its campaign in Asia Cup 2022 today. He will face arch-rivals Pakistan in the match to be held at the International Stadium in Dubai. After waiting for a year, both the teams will face each other once again. Before the match, there is a relief news for the Indian team. India head coach Rahul Dravid has recovered from Covid-19 and is ready to join the team again.

Rahul Dravid has tested negative for COVID-19 and is set to join the Indian cricket team ahead of the much-awaited Asia Cup match against Pakistan here on Sunday. Former veteran batsman Dravid was found positive for the virus in routine tests before the team's departure for the continental tournament but has now fully recovered from the infection.

Former India captain Dravid was unable to travel with the team after being found positive. Subsequently, the Board of Control for Cricket in India (BCCI) appointed VVS Laxman, the head of the National Cricket Academy, as the interim coach of India. Dravid was in isolation at home after being found Covid positive on 23 August.

BCCI secretary Jay Shah had issued a statement saying that the head coach of the Indian team is showing mild symptoms. Shah had said in the release that Team India's head coach Rahul Dravid was found to be Covid-19 positive in routine tests before the team's departure to the UAE for the Asian Cup 2022. He is under observation by the BCCI medical team and is showing mild symptoms. He will join the team if Covid-19 is found negative.